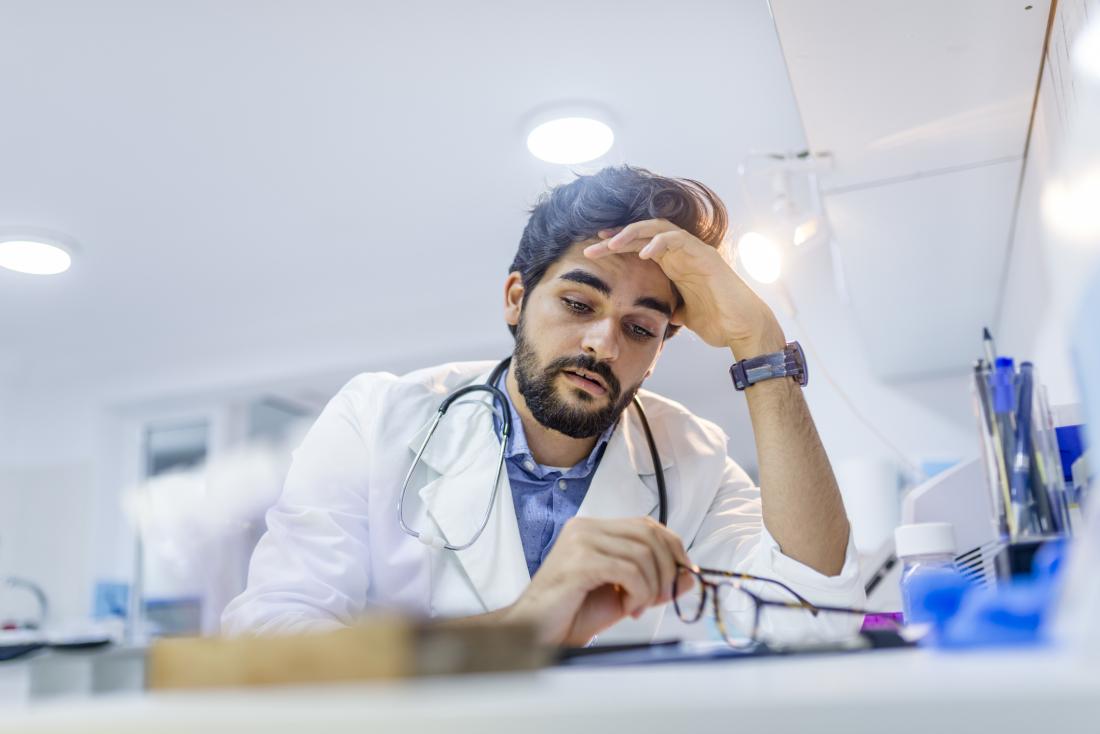 According to the Centers for Disease Control and Prevention (CDC), opioid-related drug deaths increased by 88% each year from 2013 to 2016.

Each day, more than 130 people in the United States died from opioid-related drug overdoses in 2017–2018.

The driving forces behind the opioid epidemic are complex, and scientists are approaching the problem from all angles.

Some are focusing specifically on reducing the overall number of opioid prescriptions.

Of course, in certain situations, experts acknowledge that opioids are the right choice. However, there are concerns that doctors are overprescribing opioid medication.

The authors of the latest study, which features in JAMA Network Open, explain that “[t]here is growing recognition that the increasing rate of opioid prescribing in the past 3 decades has been a major contributor to the national crisis of opioid use disorder and overdose.”

Although doctors understand the risks associated with opioids only too well, some researchers believe that the daily pressures that these professionals experience could interfere with their decision making.

Doctors dealing with a high number of complex cases each day are likely to experience financial pressure, time pressure, and cognitive pressure.

As the authors explain, “The concept that time pressure can drive physician decision making is long standing,” but few studies have examined the question in detail.

In particular, the researchers wanted to investigate the timing of appointments. They hypothesized that doctors might prescribe opioids more often in appointments that take place toward the end of the day.

The findings of a previous study that looked at the same effect in relation to antibiotic overprescribing — another concerning issue — supported this theory. The researchers concluded that doctors were more likely to prescribe antibiotics as their shift progressed.

The effect of time and lateness

To investigate, the scientists took data from 678,319 primary care appointments.

All of the patients had visited the doctor to discuss new painful conditions, which the researchers grouped into five categories. These were: headache, back pain, joint diseases, other musculoskeletal conditions including fibromyalgia, and other pain syndromes.

None of the patients had received an opioid prescription in the past 12 months.

Overall, doctors prescribed opioids during 4.7% of the appointments.

As expected, when the team dived into the timing and lateness of the appointments, there was an effect. Although, as the authors note, the effect size was only “moderate,” it was significant. The authors write:

“We observed increasing rates of opioid prescribing as appointments progressed through the day and as they ran behind schedule.”

The authors underline what these numbers mean in the real world, explaining that within their sample, “if the opioid prescribing rate for the first three visits had held constant throughout the day, there would have been 4,459 fewer opioid prescriptions.”

The scientists also analyzed both prescriptions for nonsteroidal anti-inflammatory drugs, which are a nonopioid alternative for pain relief, and referrals to physical therapy, which is a delayed treatment for pain.

In both cases, there were no significant differences across the day or in relation to lateness.

Although the size of the effect that this study reported was only moderate, the authors believe that “a change in prescribing behavior of this magnitude could have meaningful relevance for national trends in opioid use.”

However, they also note that the associations that they measured are much smaller than the variation that exists among doctors, hospitals, and geographical regions of the U.S.

Although the researchers behind the current study cannot know precisely what influences a doctor’s decisions, they believe that as the day progresses, the pressures that doctors are under mean that they are less likely to make “effortful decisions, such as denying opioid therapy.”

The study does have certain limitations. First and foremost, it is observational, so it is not possible to interpret the results as causal. Also, although the researchers had access to a large quantity of data, these may not be generalizable to the U.S. population at large.

It is also worth noting that the researchers did not have access to information about pain severity and how effective earlier treatments had been.

Overall, this study adds another small cog in our understanding of the opioid crisis and the factors that might help drive it.