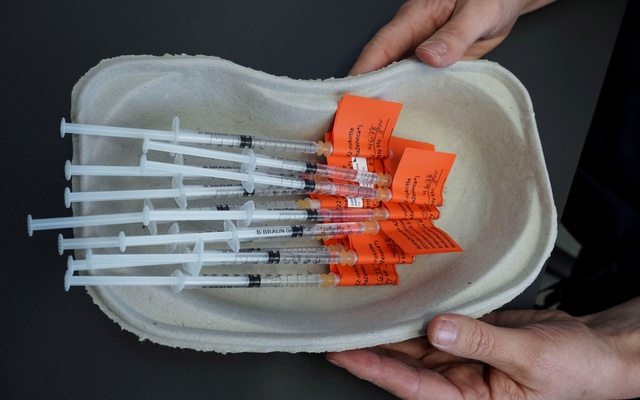 The director general of the country’s health authority, Soeren Brostroem, said Denmark was able to halt use of the vaccine because it had the pandemic under control and could rely on two other vaccines, from Pfizer and Moderna.

The Danish announcement is another setback for the AstraZeneca shot, which is easy to store and relatively cheap, and was expected to be the foundation of vaccination campaigns around the world.

The country initially suspended the use of the vaccine on March 11, along with Iceland and Norway. Several other European countries, including France, Germany and Italy, followed suit last month.

Last week, though, the European regulator listed blood clots as a potential very rare side effect of the vaccine.

Several countries that had paused and restarted use of the vaccine have since said they would stop using it in younger people. Britain, which has administered around 20 million AstraZeneca doses, said it would offer alternative vaccines to people under 30.

“Based on the scientific findings, our overall assessment is there is a real risk of severe side effects associated with using the COVID-19 vaccine from AstraZeneca,” Brostroem, the Danish health official, said in a statement. “We have, therefore, decided to remove the vaccine from our vaccination programme.”

“If Denmark were in a completely different situation and in the midst of a violent third outbreak, for example, and a health care system under pressure,” he added, “then I would not hesitate to use the vaccine, even if there were rare but severe complications associated with using it.”

Danish health officials said that they might reintroduce the AstraZeneca vaccine “if the situation changes.”

Public health officials have warned that pausing administration of vaccines like AstraZeneca’s or Johnson & Johnson’s could do more harm than good. They note that among 7 million people vaccinated with the single-dose Johnson & Johnson vaccine in the United States, six women had developed the rare blood clots — fewer than 1 in 1 million. It is not yet known whether the vaccine had anything to do with the clots, but even if it did, the risk is smaller than that of getting struck by lightning in a given year (1 in 500,000).

Denmark, which has a population of 5.8 million, has managed to contain the pandemic better than its neighbour Sweden or many other European countries. As of Wednesday, Denmark had recorded 2,447 COVID-related deaths.

Almost 1 million people in the country have received at least a first dose of a vaccine, 77% of them the one from Pfizer, according to Denmark’s Serum Institute. Around 15% received a first dose of the AstraZeneca vaccine before the authorities suspended its use last month, and the remaining 8% received the Moderna vaccine.

The country’s health authorities said that people who received a first dose of the AstraZeneca vaccine would be offered a different vaccine for their second dose.