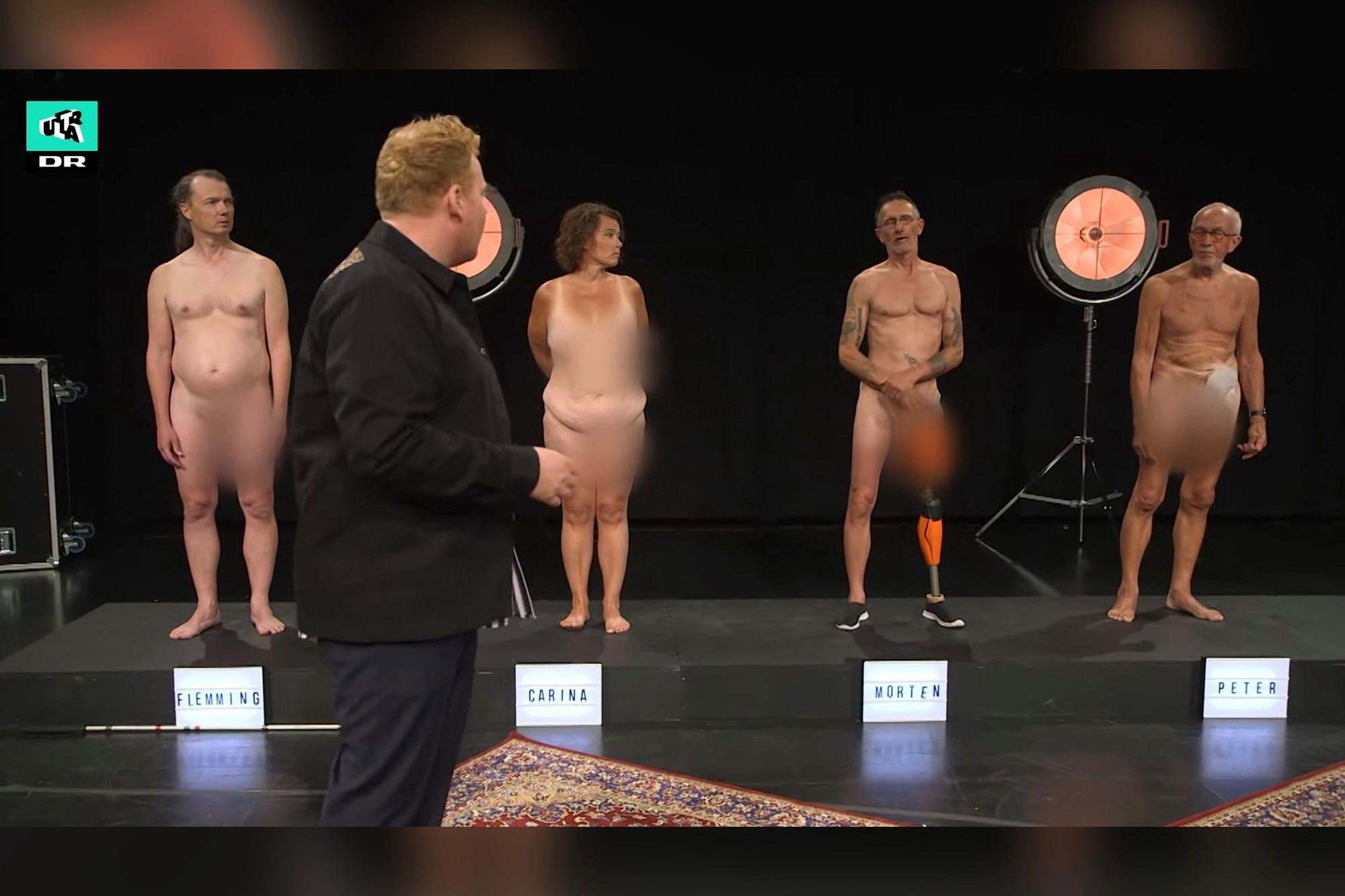 On one TV show, the truth is actually naked.

The series allows its young participants, ages 11 to 13, to ask the grown-up volunteers whatever questions are on their minds in order to promote body positivity and combat body-shaming, according to the New York Times.

Despite Denmark’s relatively permissive attitude towards nudity and its well-intentioned mission, the show, now in its second season on a channel called DR Ultra, has sparked backlash. One politician even said it is “depraving our children.”

A recent episode, which focused on skin and hair, placed students from Copenhagen’s Orestad School in the company of five buck-naked adults. The series’ creators want to challenge the idea that there are perfect body types.

“At what age did you grow hair on the lower part of your body?” one kid asked, per the Times, while another queried, “Do you consider removing your tattoos?” A third participant went deeper: “Are you pleased with your private parts?”

One of the adults, named Martin, responded he’d never had negative thoughts about them. Another man, also named Martin, said he worried about the size of his privates when he was younger. “But the relationship with myself has changed over time,” he added.

Despite the show’s popularity in Denmark — a nation where nudity isn’t as taboo or sensitive as it can be in other parts of the world — it has still attracted criticism.

A leading member of the right-wing Danish People’s Party, Peter Skaarup, reportedly claimed the show “is far too early for children” and is even “depraving” them. He told a Danish tabloid that kids “already have many thing running around in their heads.”

Viewers have vented their frustrations beneath a clip of the show posted on DR Ultra’s Facebook page. While a number of commenters voiced their support, others stood in clear opposition to the series’ central concept: exposing children to naked adult bodies.

“F–k this is disgusting!” wrote one woman, according to a translation, while another said, “Would you please remove that s–t? … you’re out in deep water.”

To the latter, the channel responded, “What a comment … It’s educational TV for kids and families who can have healthy talk about what bodies look like.”

This debate over appropriateness with minors comes in the wake of the controversy surrounding the French film “Cuties,” which debuted on Netflix in early September. The movie follows a Senegalese immigrant in Paris who adapts to French culture, and by doing so rebels against her family’s traditional values. But critics slammed the film for its perceived sexualization of little girls, specifically its portrayal of a group of 11-year-old dancers who wear skimpy outfits.

“Ultra Strips Down” host Jannik Schow, who also helped develop it, told the Times its overarching aim is educational.

“Perhaps some people are like, ‘Oh, my God, they are combining nakedness and kids,’ ” said Schow, 29. “But this has nothing to do with sex, it’s about seeing the body as natural, the way kids do.”

The show’s first season, aired in 2019, won an award for best children’s program at the Danish TV Festival. The 2020 season will have total five episodes centering on different topics. Kids must have parental consent to appear on the program; the middle schoolers and volunteers are not shown in a single shot; producers often check in with the students to make sure they feel comfortable.

For its part, “Ultra Strips Down” casts grown-up volunteers of different shapes, ages, races and genders. One volunteer has dwarfism, while another is a transgender adult who had a vasectomy and prefers “they/them” pronouns.

After the taping of the skin and hair episode, the school kids sat outside the studio to go over their impressions. They admitted to the Times they initially giggled at the concept, but that they all learned something.

Sonya Chakrabarty Geckler, 11, said that “she felt more confident about her own body now.”

“I’m not used to seeing volunteers butt naked and asking them questions,” 13-year-old Ida Engelhardt Gundersen told the Times. “But we learned about the body and about how other people feel about their bodies.”