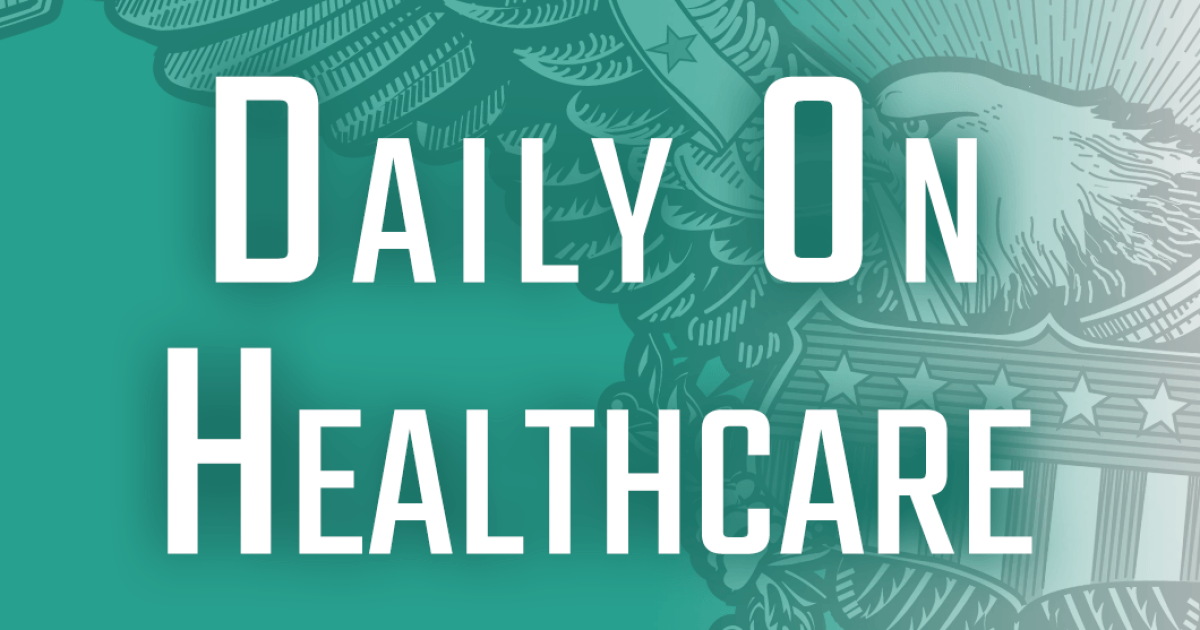 TALK ABOUT DÉJÀ VU: If you stuck around for the third hour of last night’s Democratic debate when the topic of healthcare arose, you probably thought to yourself, “Where have I heard this before?” Well, you’ve actually seen the same debate play out in five previous Democratic debates. “Medicare for all” financing has dominated each one.

Warren used the same talking point, nearly verbatim, in the November, October, September, July, and June debates, because the situation was the same every time: Warren was pressed by centrists on the costs of “Medicare for all,” so she redirected the point to the costs borne today by families.

The precise terms of the “Medicare for all” financing debate have varied as the candidates have refined the plans, for example when Warren laid out the trillions in taxes she’d raise to pay for the reform, but the general topic has stayed the same.

And the consistent focus on financing the plan has come at the expense of other pressing healthcare issues worth debating, such as ending surprise billing and lowering drug prices, both of which realistically could be addressed by Congress now but have been punted into 2020. Sitting senators Warren, Amy Klobuchar, and Bernie Sanders were not asked and did not bring up those items, which are of major concern to voters and which they, in theory, could have helped address by passing legislation. Nor did they weigh in on the end-of-year spending bill that passed the same day (the three senators missed the vote to be in Los Angeles) and repealed the medical device tax and the tax on high-cost health insurance plans, both of which intended to fund Obamacare. And nor did any of the candidates mention the recent decision in the 5th U.S. Circuit Court of Appeals to rule the Obamacare individual mandate unconstitutional.


PROGRAMMING NOTE: Daily on Healthcare will be taking a break during the winter holidays. Look for us back in your inbox on Monday, Jan. 6. Happy holidays!

The meeting caught our attention because Dannenfelser had opposed Loeffler’s nomination, noting on Twitter that she served on the board of Grady Memorial Hospital, which has ties to Emory Medical School, which offers training for students on performing abortions. Also drawing the ire of anti-abortion groups and conservatives was that Loeffler was co-owner of the Atlanta Dream, and the WNBA has been a vocal supporter of Planned Parenthood.

When GOP Gov. Brian Kemp appointed Loeffler to fill the seat vacated by retiring Sen. Johnny Isakson, he defied the will of Trump and other Republicans. But Loeffler immediately addressed criticisms during her formal appointment announcement, sharing how her Christian beliefs would guide her decisions as senator. She called herself “strongly pro-life” and vowed to support a 20-week abortion ban.

“I make no apologies for my conservative values and will proudly support President Trump’s conservative judges,” she said, according to the Atlanta Journal-Constitution.

The Washington Examiner caught up with Dannenfelser to check on how the meeting went, and she compared the situation to what had happened with Trump, whom SBA initially opposed but now fully embraces because he kept his promises to them. She noted he, too, was someone “who also didn’t have a voting record, who we also weren’t sure about, who we were also skeptical of.” Dannenfelser said Loeffler’s comments after her appointment “communicated everything we had been hoping to hear in any appointee,” and said she felt reassured at that point and again after their meeting Thursday.

“All that you need is an opportunity to make a commitment and then the opportunity to follow through with the support of people who are affirmative of your stance,” she said.

This has been a sticking point for anti-abortion organizations for some time: Under the Hyde Amendment, which is a rider attached to spending bills, government funding is prohibited from paying for abortions except in cases of rape, incest, or when a woman’s pregnancy threatens her life. Anti-abortion activists wanted the same language included in Obamacare, but instead Obama signed an executive order reaffirming that federal funding for abortion was banned. The Centers for Medicare and Medicaid Services said in a release Friday that as a result 18 states have plans that offer tax-subsidized coverage that include abortions.

FDA APPROVES FIRST EBOLA VACCINE: The Food and Drug Administration on Thursday approved Merck’s vaccine, called Ervebo, for people who are 18 and older. This means healthcare workers in the Democratic Republic of the Congo have a way to defend against Ebola, which is deadly and highly contagious, and has killed more than 2,000 people there. Between 2014 and 2016, more than 11,000 people died from Ebola in Guinea, Liberia, and Sierra Leone.

COMMITTEES EXPAND SURPRISE BILLING INVESTIGATION: The House Energy and Commerce Committee and the Senate Health, Education, Labor, and Pensions Committee are expanding their bipartisan surprise billing investigation to include physician staffing groups. They’ve asked the groups to provide documentation about how they handle bills when they care for a patient who is out of their network, similar to what they asked insurers to provide when they started investigating the issue. Doctor staffing groups ran ads to torpedo legislation to ban surprise billing, though Congress may revisit the issue in 2020.

BLOOMBERG UNVEILS HEALTH PLAN: People would be able to buy into a government administered plan, similar to Medicare, under the healthcare plan unveiled this week by 2020 presidential candidate Michael Bloomberg. The plan would allow more people to get more generous subsidies to pay for coverage, and would authorize aggressive enrollment efforts that include letting people sign up for plans while they’re at the doctor.

MORE VAPING LUNG INJURIES AND DEATHS: The Centers for Disease Control and Prevention reported 2,506 people have been hospitalized with vaping-related lung injuries, 97 more than last week. The number of deaths has also increased to 54. Injuries have been reported in all 50 states and D.C. and deaths have been confirmed in 27.

PENNSYLVANIA CONSIDERS BILL REQUIRING BURIAL OF FETAL REMAINS: The Pennsylvania Final Disposition of Fetal Remains Act just passed the state House and would require healthcare providers to arrange for the burial or cremation of fetal tissue, even in the case of miscarriage. The bill follows an Indiana law requiring burial of aborted fetal tissue, which came into effect just as 2,246 fetal remains were found in the Illinois home of the late abortion provider Dr. Ulrich “George” Klopfer, who practiced in Indiana.

Kaiser Health News A veteran started vaping THC to cope with chronic pain. Then he got very sick.

Congress not in session.