Gary Schwitzer is the founder and publisher of HealthNewsReview. He has covered health care news almost exclusively since 1973. Here is his online bio.  He tweets as @garyschwitzer or as @HealthNewsRevu. 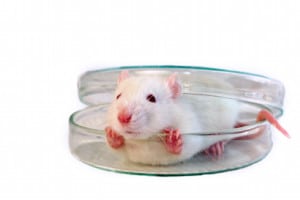 On Tuesday, it was excitement over vaccine news in 12 monkeys. (Journalism example.)

On Wednesday, it was excitement over vaccine news in cells from mice.  (National Institutes of Health PR example.)

We’re going down the food chain.  Today is Thursday.  By Friday, we may be getting excited for nematodes that are vaccinated.

Let me emphasize:  the research is important.  But important preliminary steps in research aren’t necessarily newsworthy.  The public is inundated with COVID-19 news every day.  They need more help, more context, more and better editing of the stuff that washes over them daily.   Somebody in a newsroom or PR department needs to step back and ask themselves, “Whoa!  What are we doing?”

Remember: some of this news is based on papers published on pre-print servers that warn:

Think about it:  why overwhelm readers with mouse and monkey news when….

Rather than daily reports on animal studies, maybe readers need more news and analysis that asks questions like those posed by the Washington Post editorial board this week:

It is hard to imagine, but next year — or four years from now — we could still be waiting for a vaccine. …Let’s suppose it is summer of 2022, and there is still no vaccine. What would we wish we had done today? Let’s do it.

And even when you do get news from papers published in peer-reviewed journals, caveat lector.

Recently, Nature published a paper: Dishonesty is more affected by BMI status than by short-term changes in glucose.

On Twitter today, Yoni Freedhoff, MD, (one of our former editorial contributors) wrote:

I realize I’m swearing a lot today, but how the f—ing f–k did this clear ethics? Or get published?

One Tweep who reacted to Dr. Freedhoff’s Tweet linked to this story in The Guardian: Disgusting study rating attractiveness of women with endometriosis retracted by medical journal. The conclusions of that published study were that women with rectovaginal endometriosis were judged to be more attractive than those in two control groups, “with a leaner silhouette and larger breasts.”  The paper was published in 2013. This week the journal published a letter from the entire group of investigators contributing to the study requesting that the paper be withdrawn.  But as I write this the journal of Fertility and Sterility still posts a link to the original published study.

But when that study was published in the journal, it was reported by Cosmopolitan, Jezebel.com and others.

That’s when it becomes more than just an academic issue.  And – getting back to COVID-19 – we can’t afford to confuse the public with preliminary science that may not hold up over the next few weeks or months.   Breathe deep.  Think.  Exercise some editorial judgment.