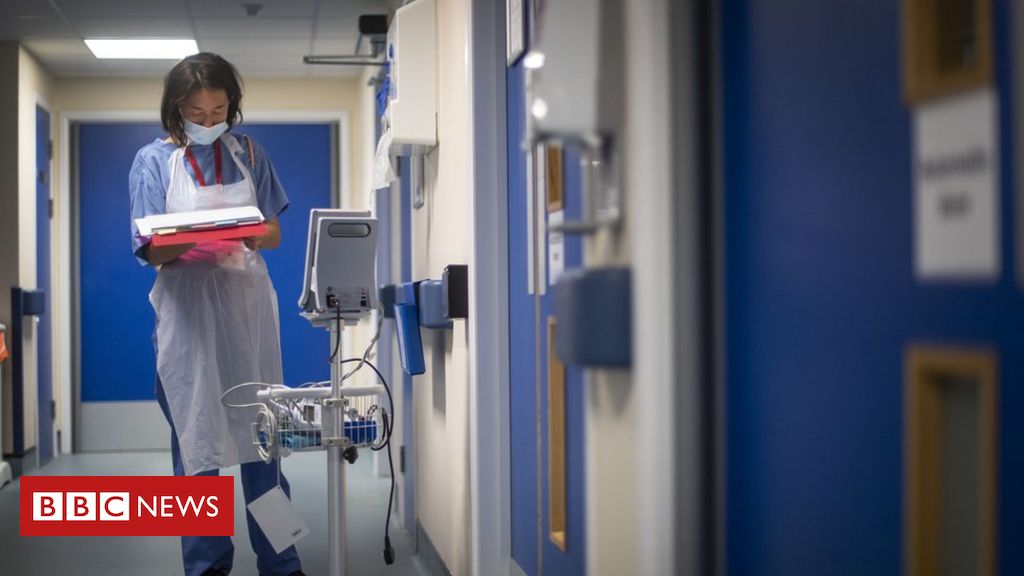 The UK has recorded its lowest daily rise in the number of coronavirus deaths since before lockdown on 23 March, latest government figures show.

This included no new deaths announced in both Scotland and Northern Ireland for the second consecutive day.

However, there tends to be fewer deaths reported on Mondays, due to a reporting lag over the weekend.

The number of new UK cases on Monday – 1,205 – is also the lowest number since the start of lockdown.

On the day lockdown began, 23 March, there was a rise of 74 deaths.

The UK is only the second country – after the US – to pass the milestone of 40,000 deaths.

The welcome drop in deaths being announced is encouraging news.

But they come with a big caveat – there are always delays recording fatalities over the weekend.

Last Monday there were just over 100 new deaths announced, but other days last week topped 300.

Nonetheless, it does show that progress is being made. Two Mondays ago there were more than 120 deaths and in the week before that there were 160.

During the peak of the virus there were more than 1,000 deaths a day.

The challenge now will be making sure the figures stay low as restrictions are eased.

Another difficulty facing the government is that, even with the extra testing in place, not all infections appear to be getting picked up.

Monday’s data shows there were 1,205 new infections diagnosed, but surveillance suggests the true figure may be five times higher.

Some of these will be asymptomatic cases – people who do not show symptoms – but the concern remains that some people are simply not coming forward.

Identifying these will be crucial to keep on top of the virus.

There were no new deaths reported from London hospitals for the second day in a row. However, NHS England said it was aware of a “small number” of people who had died over the weekend and they would be included in figures in the next few days.

Health Secretary Matt Hancock told the House of Commons that the R number – the rate at which the virus reproduces – remained below one in every region of the country but said that while the figure was the lowest since lockdown, 55 deaths was “55 too many”.

“So, there are encouraging trends on all of these critical measures, coronavirus is in retreat across the land, our plan is working and these downward trends mean we can proceed with our plans. But we do so putting caution and safety first,” he said.

Shadow health secretary Jonathan Ashworth called for the government to proceed with caution but said “many now fear that the prime minister is starting to throw caution to the wind”.

At the daily coronavirus briefing Mr Hancock said data was “pointing in the right direction” and showed “we are winning the battle with this disease but have further to go”.

He said the government was ready to take action in response to local outbreaks of the virus if the R number was seen to rise.

“This will mean, for instance, action in particular hospitals or particular care homes to make sure there is control of those outbreaks,” he said.

Mr Hancock also announced the launch of a national Covid-19 social care support taskforce, led by David Pearson, a former chief of the Association of Directors of Adult Social Services.

The final batches were delivered to 9,000 homes last week.

The health secretary also denied there was a trade-off between the economy and health, amid reports the government is considering further easing measures, and said a “second spike would be hugely damaging to the economy”.

On average, a total of about 1,600 people a day die of all causes in the UK. What is not known about the coronavirus deaths being reported is to what extent those deaths are in addition to that average figure, or whether they form part of it.

Many of the victims are old and frail people with underlying health conditions, who therefore are at the highest risk of dying.

Experts predict there will be significant overlap between the coronavirus deaths and those that would normally be expected to die.

Data from the Office for National Statistics (ONS), which counts death certificates mentioning the virus, suggests those deaths had reached more than 48,000 by 22 May.