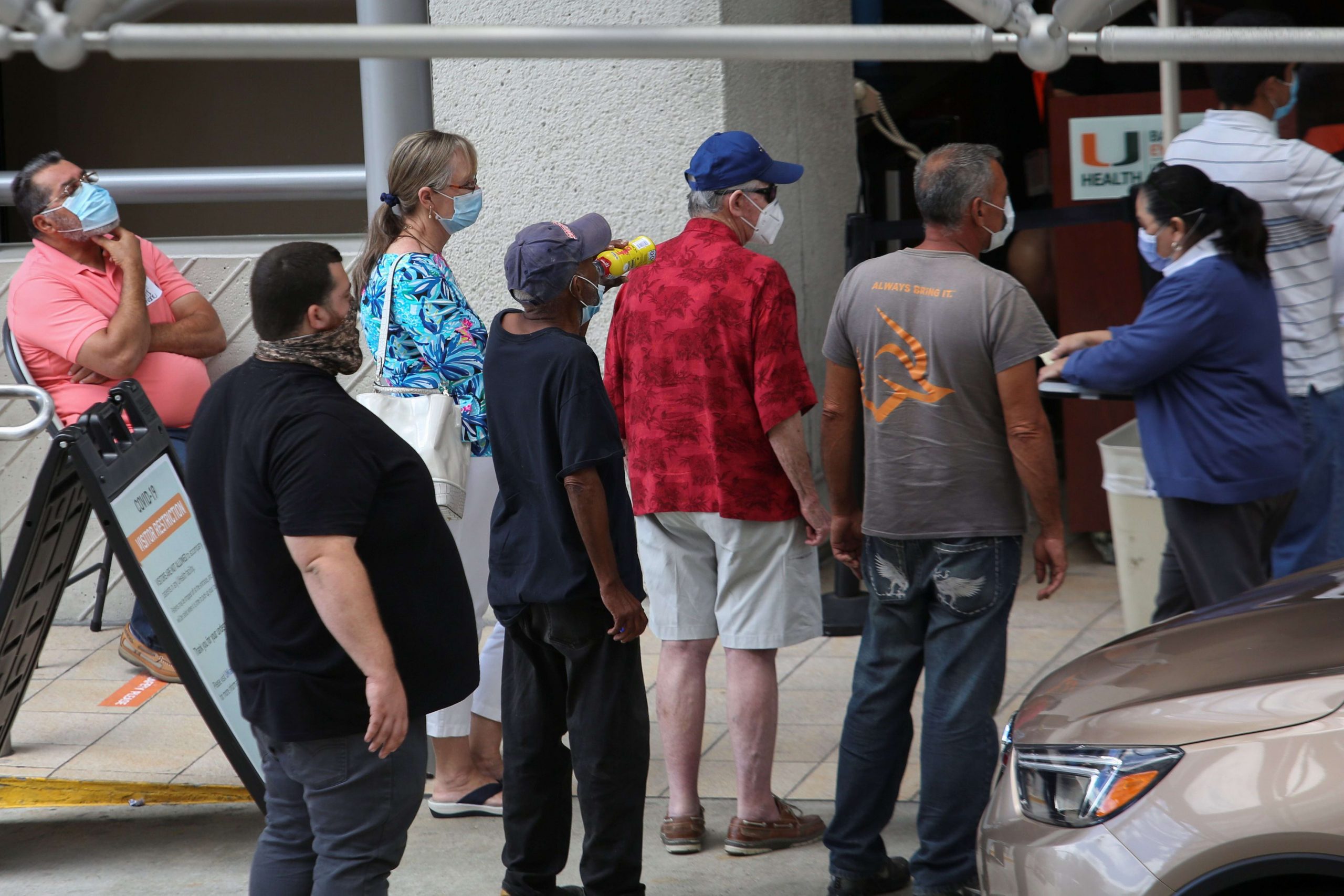 People wait for health assessment check-in before entering Jackson Memorial Hospital, as Miami-Dade County eases some of the lockdown measures put in place during the coronavirus disease (COVID-19) outbreak, in Miami, Florida, June 18, 2020.

More than 40 Florida hospitals in multiple counties across the state have maxed out their ICU capacity or are close to running out of intensive care beds as the coronavirus outbreak across the Sunshine State worsens, according to the state’s Agency for Health Care Administration.

As of Tuesday, more than 5,000 Florida patients were using roughly 83% of the state’s more than 6,000 ICU beds, according to Florida’s health agency, which is responsible for licensing the state’s health-care facilities. That leaves a little more than 1,000 free ICU beds, compared with nearly 1,400 available ICU beds less than three weeks ago, according to CBS’ local affiliate WTSP.

Overall, the state’s hospitals are now running at 78% capacity, according to AHCA. ICU beds are running out at several hospitals in some of the state’s most-populated counties, including Miami-Dade County, Orange County, Hillsborough County and Broward County, which are respectively home to Miami, Orlando, Tampa and Fort Lauderdale.

Florida, which has more than 213,700 confirmed cases so far, is struggling with the third-worst outbreak in the country after New York and California.

Florida reported an average of 8,587 new cases based on a seven-day moving average on Tuesday, a 30% surge from the previous week and a new record, according to data analyzed by CNBC and compiled by Johns Hopkins University.

Florida tracks only the number of people who have been hospitalized since the beginning of the outbreak and not those currently in the hospital with Covid-19, according to the Covid Tracking Project.

Florida’s department of health didn’t respond to a request for comment.