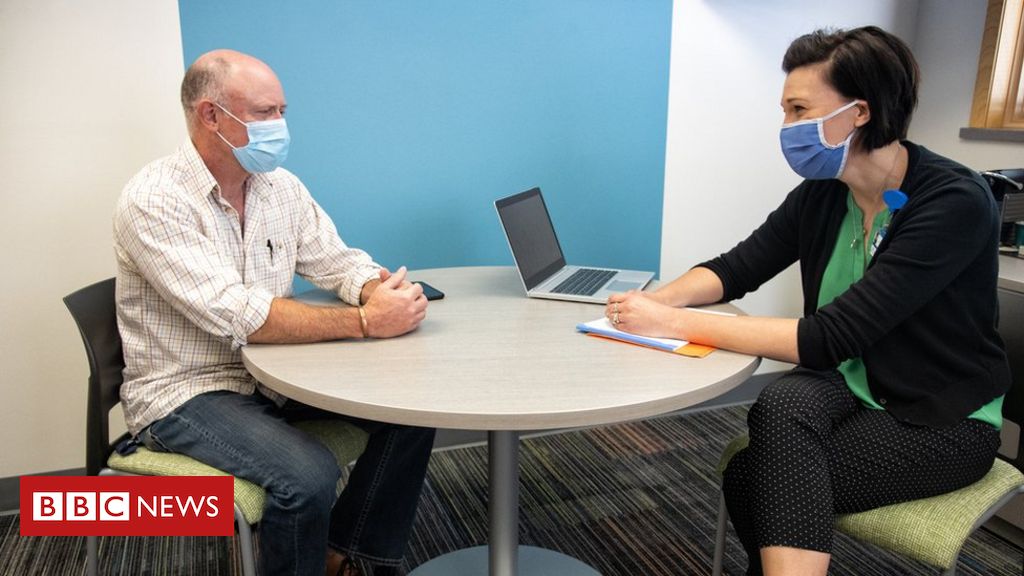 It follows a more than 30% drop in referrals to mental health services during the peak of the pandemic.

But there are predictions that the recent rise will mean demand actually outstrips pre-coronavirus levels – perhaps by as much as 20%.

The NHS Confederation said those who needed help should come forward.

But the group, which represents health and care leaders, said in a report that mental services required “intensive support and investment” in order to continue to be able to help those who needed it.

The NHS Confederation’s mental health lead, Sean Duggan, said that when coronavirus cases were at their highest, people stayed away from services, as they did from other parts of the NHS.

“The concern is, if you leave problems they can get worse.”

This may explain some of the rise in more severe cases coming forward.

As well as people whose conditions deteriorated during lockdown, NHS services also expect an increase in demand for mental health services as a direct result of the pandemic itself, the report said.

It flagged isolation, substance use, domestic violence and economic uncertainty as factors that might contribute to the need for extra support.

There are also “particular concerns that the stark inequalities in accessing services and recovery rates that black and minority ethnic communities face will be exacerbated”, the report said.

Mental health providers report that as well as seeing patients with “more significant needs”, a higher proportion of their referrals are patients who are accessing services for the first time.

Meanwhile, providers predict infection control and social-distancing measures will mean they have an estimated 10-30% less capacity than normal.

Mr Duggan said he did not want to “medicalise everything… It’s perfectly normal to feel uneasy and anxious” at such an uncertain time.

But nevertheless, there was a “real” increase in people needing mental health services, he added.

NHS England last week published the next phase of its response to Covid-19, acknowledging that “mental health needs may increase significantly”.

Its plan includes expanding Improving Access to Psychological Therapies (IAPT) services – the route for treating the most common, mild to moderate conditions, into which people can refer themselves.

It also said people being looked after by community mental health teams – generally those with greater needs – should have their care reviewed. People with severe mental illness should receive more therapy and support, it said.

NHS England also pointed to its mental health and wellbeing service launched for all health staff.