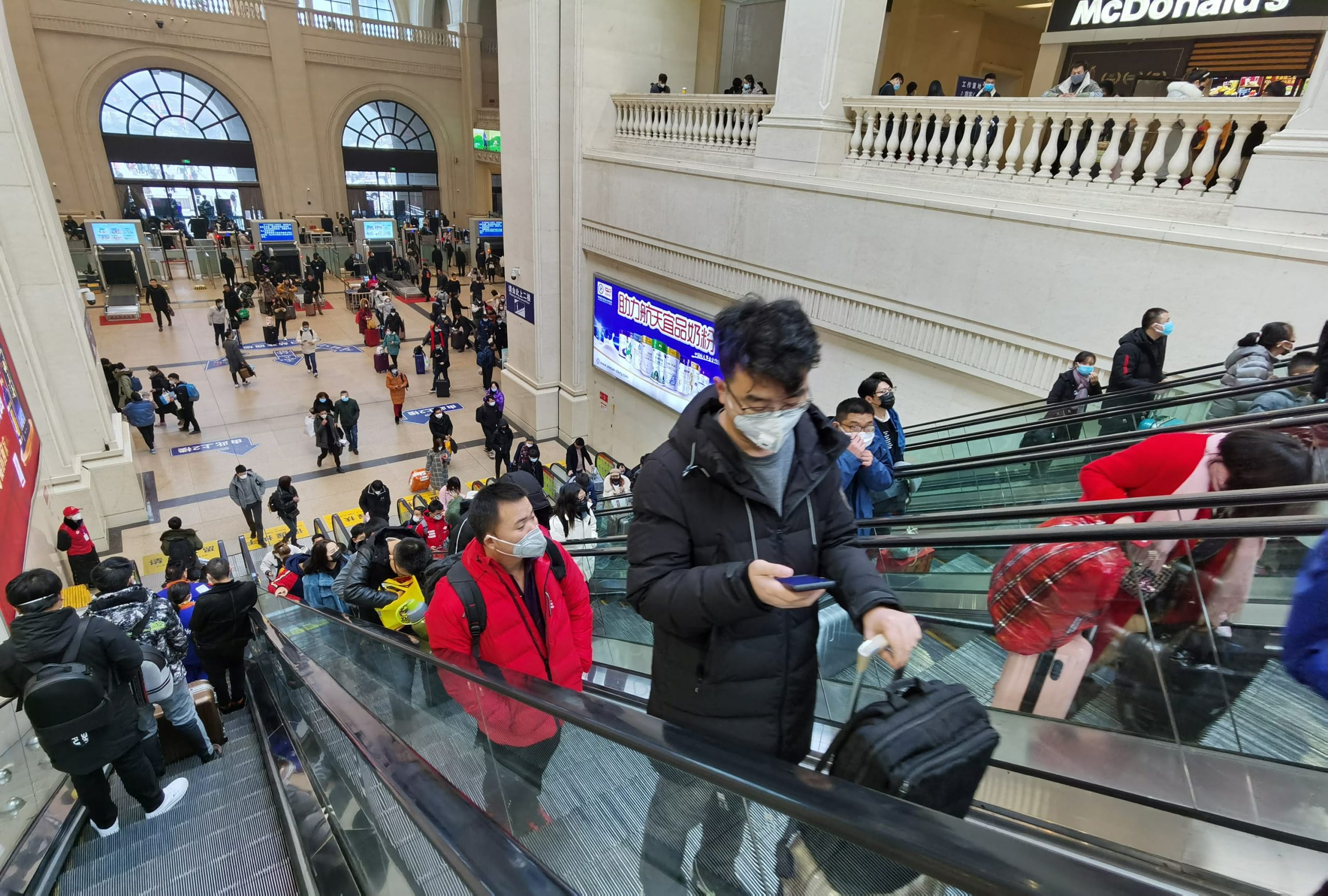 All times below in Beijing Time, beginning on Wednesday.

8:42 am: Coronavirus cases in China surpass those of SARS

The number of coronavirus cases in China have now topped that of SARS. Between Nov. 1, 2002, and July 31, 2003, China had 5,327 SARS cases, according to the World Health Organization. The population of China has increase by about 100 million people to 1.4 billion in the years since.

8:13 am: China’s National Health Commission reports latest figures as of end of Tuesday

Chinese health officials said confirmed 1,459 new cases and 26 additional deaths (25 in Hubei and 1 in Henan). Those figures bring the total cases to 5,974 confirmed cases, with 132 deaths and 103 cured, according to the National Health Commission.

7:27 am: Scientists in Australia have reportedly recreated a lab-grown version of coronavirus

Reuters reports that a team of scientists have successfully grown a version of coronavirus in the lab. The news service reported that the breakthrough would help researchers around the world as they race to develop a vaccine and detection tests.

Hubei province reported an additional 840 cases and 25 deaths. As of the end of Jan. 28, the province said that brings cases in the region to 3,554 and its death toll to 125, with the majority of those located in Hubei’s capital city, Wuhan. Hubei also said 80 people had been cured.

7:08 am: White House tells airlines it may suspend all China-US flights

The White House has told airline executives it’s considering suspending flights from China to the U.S. amid an escalating outbreak of a new coronavirus that has infected thousands of people across the world, people familiar with the matter told CNBC. The restrictions could affect flights into and out of China, as well as airports across the United States, the officials said.