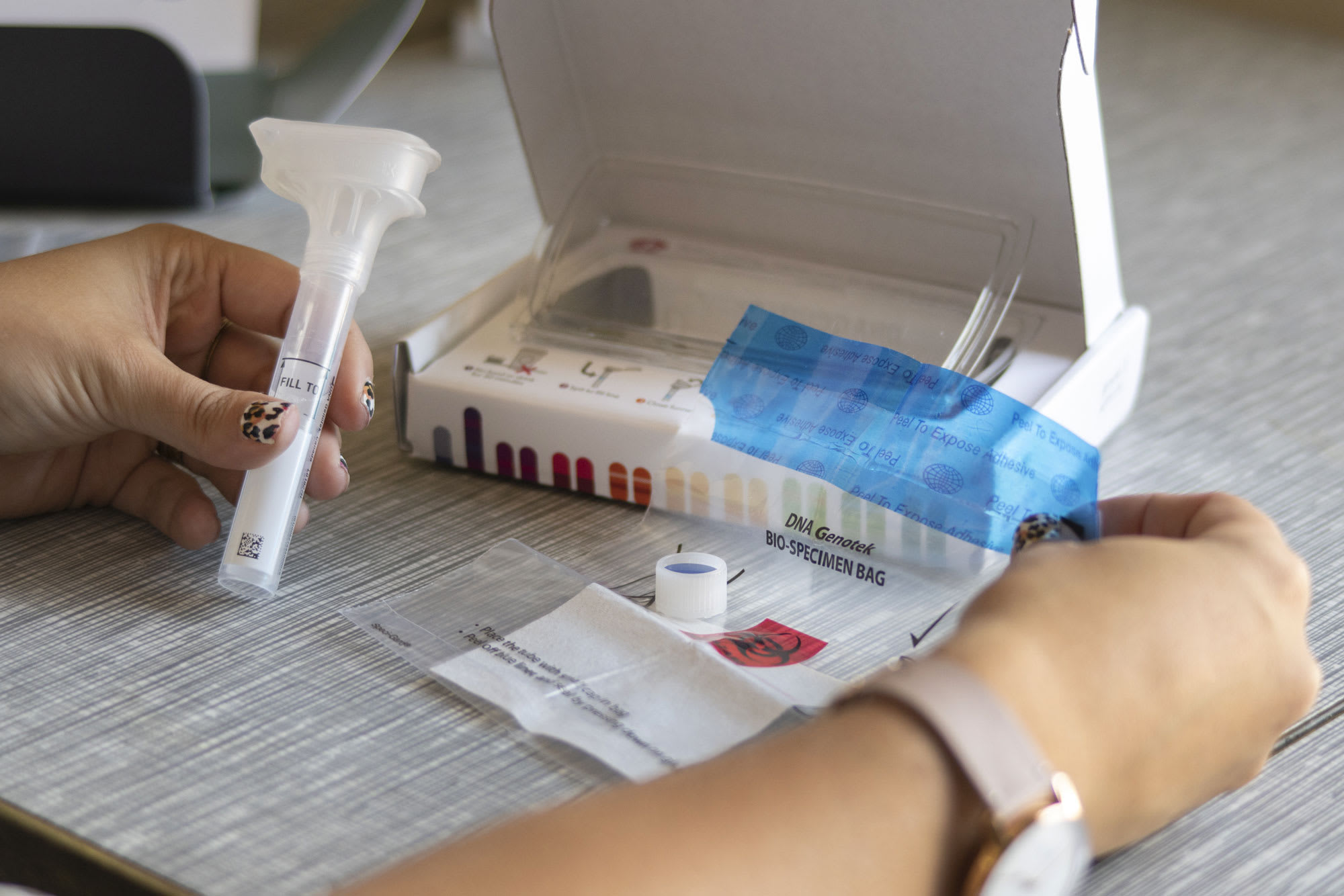 It has not been a good year for consumer DNA testing companies.

In January, Silicon Valley-based 23andMe laid off 100 employees, about 14% of its workforce. A month later, Ancestry, which has offices in Utah and San Francisco, also cut 100 jobs, representing about 6% of its staff.

The major reason for the downsizing? Simply put, consumers aren’t buying as many at-home DNA tests as they used to.

The first sign came in the summer, when Illumina, maker of the DNA sequencing machines that are used by Ancestry and 23andMe, acknowledged in an earnings call to investors that the category had hit a lull. CEO Francis DeSouza didn’t share an explanation for that, but noted that Illumina was taking a “cautious view” of the opportunity in the near term. Orasure, maker of the spit tubes used by consumer DNA testing companies, has also seen its stock take a hit.

At that time, some smaller companies were already feeling the impact. Helix, a start-up that spun out of Illumina to build an “app store” model for DNA tests, cut staff in May. The company revealed to Bloomberg that it was shifting its focus away from consumers to population health, meaning it would work with health industry partners. A few months later, Veritas Genetics — another company focused on consumers that sold more expensive but more detailed whole genome sequencing tests — shuttered its U.S. operations.

So what happened? There hasn’t yet been a detailed study to understand the shift in consumer thinking around these tests. But CNBC spoke with some of the leading genetics experts and doctors, who shared a few theories.

Consumers have seen a slew of reports in the past few years about how companies are using their personal data for targeted advertising, without their knowledge, and might be feeling particularly sensitive about their health information.

Anne Wojcicki, CEO of 23andMe, has previously referred to these concerns as the “Facebook effect.” In her view, consumers are increasingly freaked out about stories they’re reading in the media about privacy, mostly about Facebook and other technology companies, and are reacting by feeling anxious about getting DNA tests.

Companies like 23andMe do make money off this information. Her company does ask for consent from users and it has publicly explained its revenue model, but a big part of its business involves its relationships with pharmaceutical companies like GlaxoSmithKline. 23andMe also has a therapeutics arm, where it is hoping to leverage its database of millions of people’s DNA to develop new drugs.

Making matters worse for these companies, suggests Barry, is the Golden State Killer case. Law enforcement honed in on a suspect after running DNA from a decades-old crime scene through a free online database, where anyone can upload their genetic information.

A suspect was found through a distant relative who might have paid for a test via Ancestry or 23andMe, and then uploaded it into the database.

The case raised all sorts of complicated questions about whether genetic information is fundamentally different than other types of data because it implicates family-members and not just individuals.

Other experts suspect that consumer DNA testing companies might have run out of early adopters. The theory goes that there’s about 20 million or 30 million consumers who are naturally interested in learning more about their family background, and it’s not that challenging or expensive to sell tests to them. At this point, many of these people have already been sold to, and there’s no reason for them to buy a second test. Ancestry has sold about 14 million tests, and 23andMe has sold some 9 million.

But many people are wary about learning information they might not want to know — like the father who raised them isn’t their biological father — or that they have a risk for a genetic disease that they can’t take a pill to prevent.

There’s likely a larger consumer segment that’s interested, but still wary about these tests. They might not believe that the information is valuable enough to warrant the price tag. The cheapest tests sell for $ 99, and they’ll cover ancestry and some health risks but lack truly actionable health information, like whether an individual might respond poorly to a drug based on their genetic makeup.

“The ancestry market is a finite market,” said David Mittelman, CEO of Othram, a genomics start-up and a molecular physicist. A decade or so in, “these companies are beginning to tap out the market.”

Mittelman notes that customer acquisition costs, including ad dollars these companies need to spend on sites like Facebook, will increase over time.

“I think the companies know this,” he said. “The investment in health shows that they are working to appeal to a broader market.”

What’s noteworthy about the recent round of layoffs is that Ancestry kept all of its employees at its Ancestry Health business. And 23andMe is still highly focused on its drug development business. That suggests that both companies are indeed hinging their future on developing powerful health applications.

In light of that, some geneticists are optimistic about their future.

“First of all, a slowdown isn’t a stoppage,” said Dr. Robert Green, a professor of genetics at Harvard Medical School. “Our research is finding that genetics about to take its rightful place in medical care for the world.”

For instance, 23andMe is starting to roll out new tests that can identify people’s risk for chronic diseases like diabetes, called polygenic risk scores. These results could be used by doctors to help steer their patients toward making healthier lifestyle choices to help them avoid getting the disease.

And for these companies, which already have genetic databases of millions of people, they might not need to keep spending ample marketing dollars to acquire new customers. Instead, they could focus on developing new insights from their existing databases. if they succeed at that, they can forge partnerships to the medical industry.

As Mittelman puts it, there’s no need to “force people down an ancestry funnel.”

Green agrees, saying companies like 23andMe and Ancestry might double down on more expensive but more detailed sequencing tests that provide a lot more relevant health information. 23andMe has dabbled with those kinds of tests but has been reluctant to roll out higher-priced tests while its main focus has been growth.

“The direct-to-consumer phenomenon will give way to a more of a proper integration of genomics into the day-to-day care of patients,” said Green. “What we’re seeing is a course correction, and consumers are waking up to the potential limitations of a $ 99 test.”

CNBC Evolve will return, this time to Los Angeles, on June 8. Visit cnbcevents.com/evolve to apply to attend.