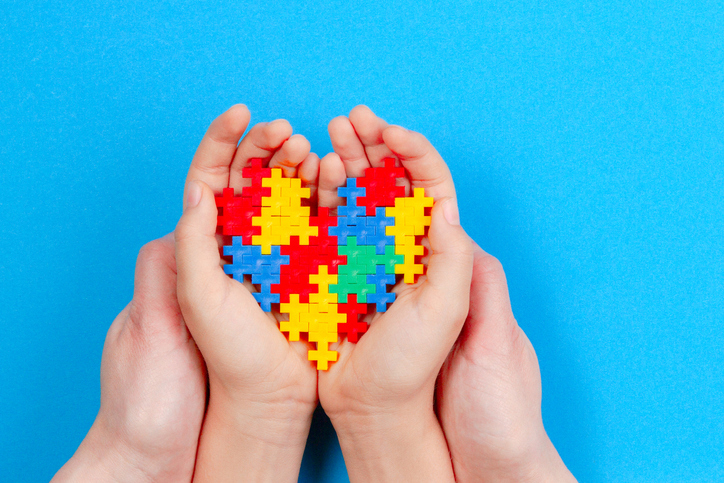 Children born with congenital heart disease (CHD) are now surviving at extraordinarily high rates; for most, their life expectancy may be comparable to that of the general population. However, despite the great advances in medical and surgical care, many people with CHD experience long-lasting neurodevelopmental difficulties. These include problems with attention and executive function skills, learning challenges, and in some cases, lower-than-normal IQs.

A recent study published in the journal Pediatrics provides compelling evidence that there may also be an association between CHD and autism spectrum disorder (ASD). This large, case-control study is one of the first to confirm that people born with CHD have approximately a 33% increased likelihood of receiving a diagnosis of ASD. This holds true even after considering other factors known to elevate the risk of autism, including genetic syndromes, prematurity, and neonatal complications such as epilepsy or insufficient oxygen at birth.

One of the most interesting findings from this study was that the risks of ASD were highest among children with less critical forms of CHD, such as atrial septal defects and ventricular septal defects, although children with more complex types of CHD also had elevated risks. As we noted in an editorial that accompanied the Pediatrics article, this and other similar studies (such as this one, this one, and this one) raise more questions than answers. For example: How can we explain this association? Why do some subgroups of people with CHD seem to be at greater risk than others? What can health providers do about it?

What’s the connection between CHD and autism?

For decades, research has highlighted the connection between CHD and neurodevelopmental impairments in children. Most studies have suggested that outcomes are generally worse for those with more severe forms of CHD who require cardiac surgery in the first year of life, and for those with co-existing genetic syndromes. These findings suggest that there may be shared genetic pathways that impact heart and brain development but are expressed in different ways (for example, as ASD and/or CHD). Further research investigating the connection between genes and their behavioral expression in CHD and autism will help us understand this link.

In addition, children with CHD — especially those with more severe types of heart disease who undergo cardiac surgery in infancy — are also exposed to changes in brain maturation, and are vulnerable to early brain injuries as a result of altered blood flow in the brain that occurs in utero, as well as before and after surgery. Evidence suggests these brain injuries may include damage to the white matter fibers that are the “subway” of the brain, connecting areas of the brain and transmitting information between them. These early neurological injuries can impact brain systems that are essential for development and learning, and may also place children with CHD at increased risk of developing the atypical behaviors observed in autism disorders.

In fact, even when the criteria for a formal diagnosis of ASD is not met, many individuals with CHD display some degree of social impairment, including difficulties understanding facial expressions, or with being able to put themselves in somebody else’s shoes (referred to as “theory of mind” skills). Research has shown that in many cases, these social challenges are part of a broader profile of underlying impairments in executive function, including inflexible ways of thinking, rigid adherence to routines, and difficulties managing transitions.

This and other research is raising awareness about the critical need to screen for ASD features in children with CHD, as early as possible. The American Heart Association and the American Academy of Pediatrics have provided guidelines for routine neurodevelopmental evaluation and treatment of children, adolescents, and adults with CHD. Identification of early symptoms related to autism should be done as early as 18 months or whenever there is a concern, with periodic checkups at critical junctures, including school entry and preadolescence. This may be done at a multidisciplinary clinic that provides developmental care for young children with CHD and their families (the Cardiac Neurodevelopmental Program at Boston Children’s Hospital was one of the first programs of this kind), or by a child psychologist, pediatric neurologist, or neuropsychologist in the community setting.

Once atypical behaviors are identified, prompt interventions to foster social communication, positive parent-child interaction, and social behaviors can be initiated through Early Intervention or other in-home or community-based agencies. Given the amount of variability in the behavioral profiles of children with ASD, these programs must be tailored to each individual’s needs, and may include interventions such as applied behavior analysis (ABA), occupational therapy, or speech and language therapy. We believe that a proactive approach will lead to improved developmental trajectories and better quality of life for those with CHD and their families.