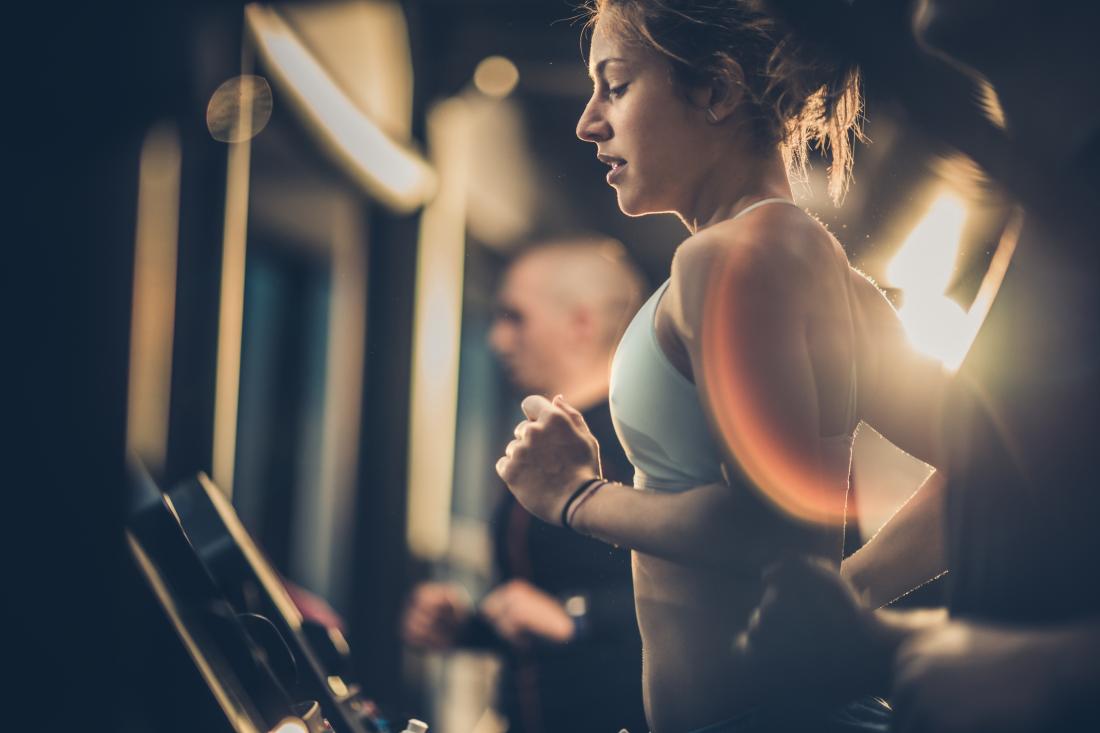 Exercise might be the last thing that would seem to relieve period pain, but new research suggests that using a treadmill can help.

Dysmenorrhea, or period pain, may affect approximately 59% of women, according to a review study from 2012.

Around 20% of women with dysmenorrhea experience pain so severe that it interferes with their daily activities.

The number of young women experiencing menstrual pain is an overwhelming 84%, according to other research.

As many as 55.2% of the women included in the study routinely have to take medication for their pain, and up to 40% of them avoid social situations as a result of the pain.

So far, nonsteroidal anti-inflammatory drugs seem to be the only effective way of alleviating period pain, as there is not yet sufficient evidence to support other therapies.

Now, a new study appearing in the journal Contemporary Clinical Trials has tested whether treadmill exercise can relieve period pain.

Priya Kannan, Ph.D., from the School of Physiotherapy at the University of Otago, in Dunedin, New Zealand, is the first and corresponding author of the new trial.

Kannan and colleagues assessed the effect of “treadmill-based aerobic exercise” on the pain and symptoms of primary dysmenorrhea in 70 women aged between 18 and 43 years.

The researchers divided the participants into two groups. One group engaged in supervised aerobic training for a period of 4 weeks and continued with unsupervised treadmill exercise at home for the following 6 months.

During the first 4 weeks, the women exercised three times a week, starting on the first day after their period had ended. In the meantime, the control group continued with their usual care.

The main outcome that the researchers were interested in was pain intensity, followed by secondary outcomes, such as “quality of life […], daily functioning, and sleep.”

Overall, the researchers concluded that “Exercise has significant effects on primary dysmenorrhea-related pain, [quality of life], and function.”

Specifically, the women who had engaged in the exercise trial said that they had experienced 6% less pain at the end of the 4-week intervention and 22% less pain after continuing the regimen for an additional 6 months.

After the 7-month follow-up period, the women also reported better quality of life and daily functioning. However, exercise did not have any effect on sleep quality.

Study co-author Leica Claydon-Mueller, senior lecturer at Anglia Ruskin University, in Cambridge, United Kingdom, comments on the surprising findings, saying, “Women who have painful periods often take steps to actively avoid exercise — after all, when you are in pain, it is often the last thing that you want to partake in.”

“However, this trial demonstrated that exercise significantly reduced pain for those people taking part in the program, and they also reported reduced pain levels after 4 and 7 months.”

Kannan adds, “The improvements in quality of life scores after 7 months were noteworthy, although it was perhaps surprising that there was no significant difference in sleep quality to that of the control group.”

“These multiple benefits might be considered a ‘package deal’ by women. The evidence supporting the use of aerobic exercise for managing pain, improving the quality of life, and improving daily functioning has been strengthened by the findings from this research.”