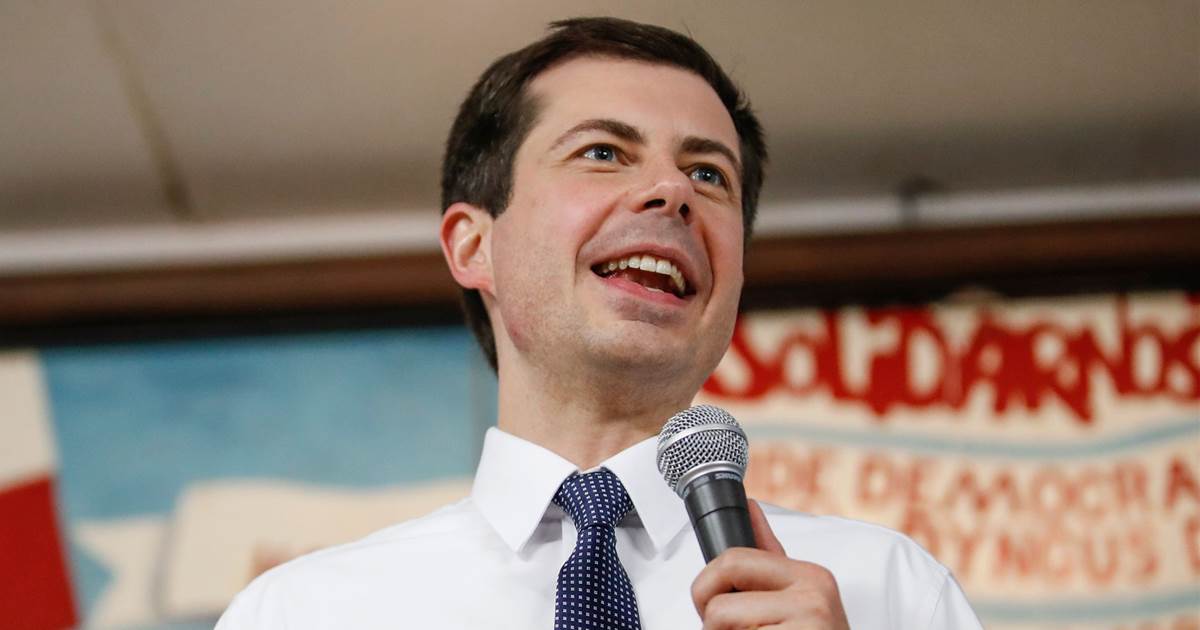 Get breaking news alerts and special reports. The news and stories that matter, delivered weekday mornings.

WASHINGTON — On the campaign trail, Pete Buttigieg likes to say that “health care is freedom” and that if “leaving your job means you’re going to lose your health care, that means you’re not free.”

But as he staffs up a national campaign, the upstart Democratic presidential candidate isn’t providing health care coverage to any of his own campaign workers, an NBC News review of his campaign spending disclosures shows.

Instead, Buttigieg is providing a monthly stipend to workers to buy insurance on their own through the Obamacare exchanges, his campaign said, with plans to offer health care in the future.

The practice stands in contrast to the other leading presidential candidates this year, as Democrats have made a point of aligning their internal practices with the policies and values they are emphasizing on the campaign trail.

The campaigns of former Vice President Joe Biden and Sen. Kamala Harris said they, too, are providing health coverage to their staffers. Sen. Bernie Sanders’ staffers have even unionized — a first for a presidential campaign — ratifying a contract Wednesday that includes not only health care but “broad coverage for mental health care services.”

To be sure, offering health care to workers is a complicated arrangement for employers, particularly small ones just getting off the ground. Buttigieg, the mayor of South Bend, Indiana, was unknown to the American public until recently, and as his campaign has taken off, it has been forced to rapidly expand from a handful of staffers to a full-fledged national operation.

Still, veterans of past Democratic campaigns said that it’s typical for campaigns to make sure their workers can buy into a group health care plan. Teal Baker, who was the deputy chief operating officer for President Barack Obama’s 2012 campaign, said everyone other than part-time field or advance staffers was salaried with benefits. She said even when she joined the first Obama campaign, in March 2007 — shortly after he entered the race — she had access to benefits.

“I certainly had health care,” she said.

Under the Affordable Care Act, also known as Obamacare, employers who have 50 or more full-time employees must offer health care the following calendar year.

Buttigieg’s campaign currently has 49 workers, but has been staffing up rapidly, and plans to hit the 50 mark imminently.

“Crossing this threshold will put us in a position to get a good multi-state group plan, which we are currently negotiating,” said Buttigieg press secretary Chris Meagher.

In the meantime, the campaign is giving salaried staffers a $ 400 monthly stipend to buy health care themselves. That’s just enough for a single adult with no children to cover a “silver plan” through the Obamacare exchanges, according to national cost data analyzed by the Kaiser Family Foundation.

The Buttigieg campaign, too, has run on the notion that it’s putting its ideas into practice through the way it runs its operations, with Buttigieg’s national investment director tweeting that “we are a campaign that lives our values.” Last month, the campaign announced it planned to pay its interns, and now says they’ll earn $ 15 per hour, the minimum wage that House Democrats have advocated for nationally.

As a candidate, Buttigieg has advocated moving toward a single-payer U.S. health care system by offering Medicare to all Americans who want it. Although he’s said private insurance plans could continue to be offered, he’s suggested that once a public option is available, Americans will see that it works and will naturally transition toward a single-payer system.

Traditionally, some political campaigns have sought to avoid paying for health care as well as payroll taxes by employing their workers as consultants designated as independent contractors, rather than salaried employees. Kim McMurray, treasurer of the Campaign Workers Guild, said that’s particularly problematic because those workers are ineligible for unemployment insurance once the campaign inevitably ends.

The Buttigieg campaign said that “most” of its staffers are full-time employees, not independent contractors, although it said that in the first three months of 2019 it did employ “some consultants who were being paid as consultants.” For the majority of workers, the campaign is paying payroll and other taxes and deducting Social Security payments from their paychecks, officials said.

Josh Lederman is a national political reporter for NBC News.