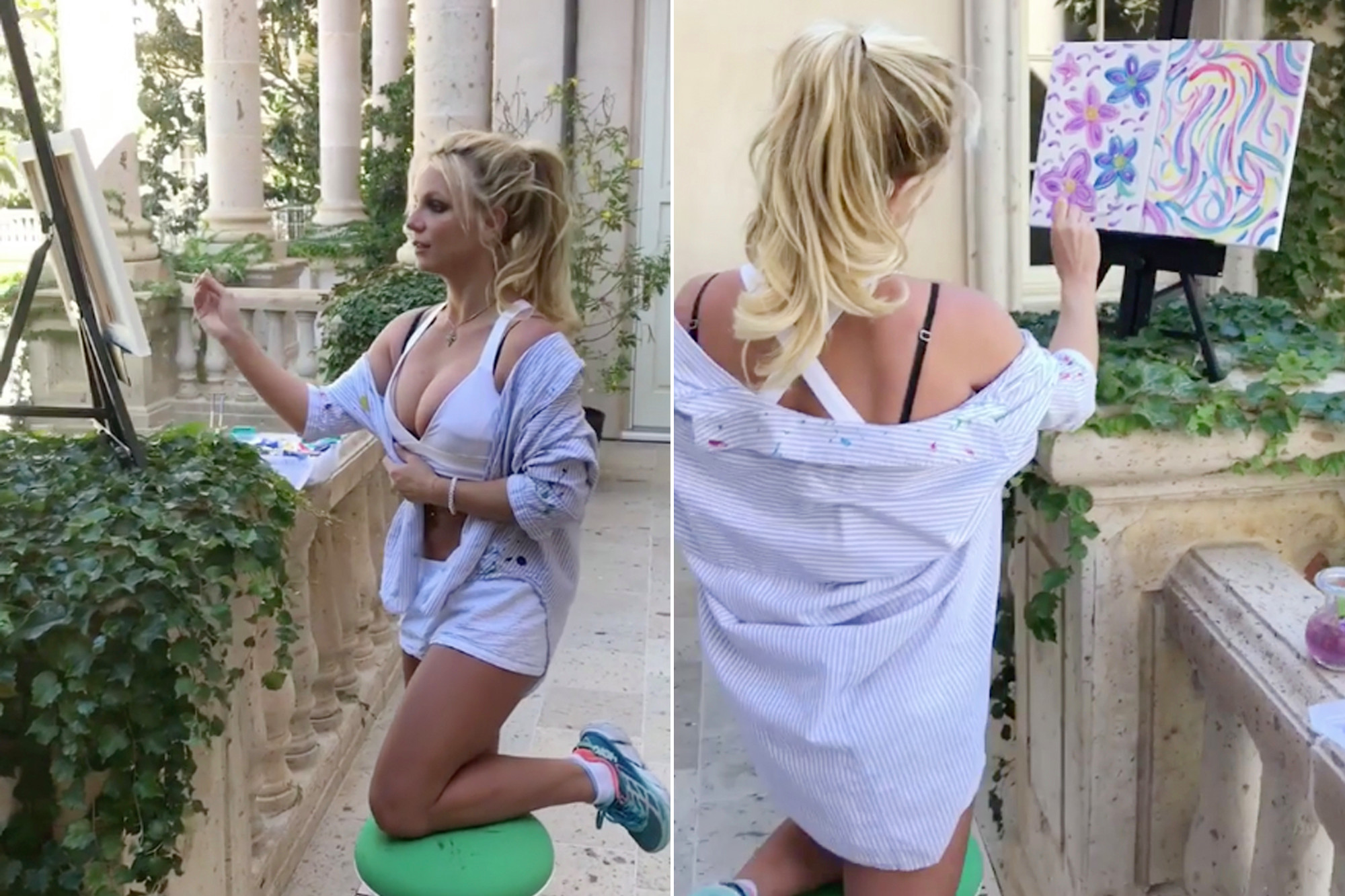 Paint me baby one more time.

Britney Spears is adding another moniker to her résumé: artiste. The 38-year-old “Toxic” singer will have her work showcased in a French art exhibit to commemorate the 21st anniversary of her “… Baby One More Time” album.

The title is borrowed from her now-famous 2017 Instagram video, which shows her painting multicolored flowers while wearing a push-up bra and short shorts, against the backdrop of Mozart. The piece later sold for $ 10,000 to benefit the victims of the shooting at Las Vegas music festival Route 91 Harvest.

The art show opens on Saturday and runs — yes, you guessed it — “till the world ends,” a nod to Spears’ 2011 track. The gallery didn’t release any other details on what else will be in the show, other than her debut floral work. Judging by her social media, there appears to be plenty more where that came from.

Spears, who’s struggled over the years with mental health issues, already appears to be urging art lovers to temper their critiques of her work. Last month, she spoke out on social media against being “mean,” imploring her some 23 million Instagram followers to curb their contempt.

“There’s no reason to ever go out of your way to make mean comments and bully people ??? Stay happy and nice this holiday season y’all and God Bless !!!!!” she wrote.

Hopefully the pop princess finds as much solace behind her brushstrokes as former President George W. Bush — who’s earned accolades for his portraits. And while she’s stepped away from her longtime Vegas residency on an “indefinite hiatus,” she may have found a new vehicle for self-expression: acrylics.