Liberation War Affairs Minister AKM Mozammel Haque announced the list at a press conference at the ministry in Dhaka on Thursday as the nation was set to celebrate the 50th Independence Day on Friday. 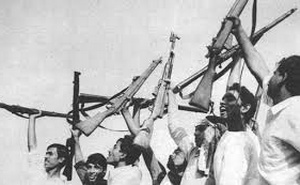 The list also contains the names of Khandakar Mushtaque Ahmed and Ziaur Rahman, who came to power after the assassination of the Father of the Nation.

The minister said their post-war “misdeeds” will be mentioned on the list.