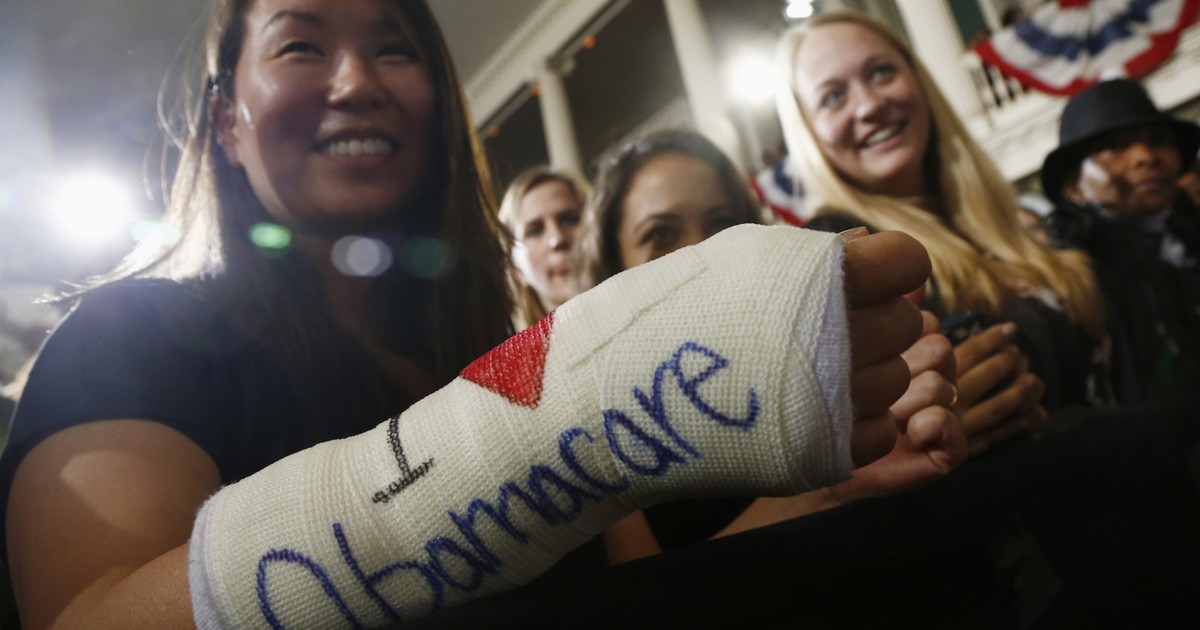 Obamacare faces a three-judge panel Tuesday in New Orleans that will weigh whether the healthcare law is unconstitutional and should be struck down.

The timing of the case means that a decision from the court, and a potential appeal to the Supreme Court after that, could bring Obamacare’s future to the center of political debate ahead of the 2020 presidential election. Such an outcome would put President Trump on the spot to argue his vision for an alternative while congressional Democrats would accuse Republicans of being uncommitted to Obamacare’s protections for the sick, as they did ahead of the 2018 midterm elections.

The lawsuit, Texas v. United States, has the support of the Trump administration and was waged by Republican state officials who say that Obamacare must be thrown out as a result of the law’s fine on the uninsured being zeroed out in the 2017 tax law. They argue that the fine, known as the “individual mandate,” was central to making the rest of the law work and that without it the entire law should crumble.

The case heads Tuesday to the 5th Circuit Court of Appeals, which is considered one of the most conservative appeals courts in the U.S. Judges Carolyn Dineen King, Jennifer Walker Elrod, and Kurt Engelhardt will hear the oral arguments. They are appointees of President Jimmy Carter, President George W. Bush, and Trump, respectively.

Texas is being appealed after U.S. District Judge Reed O’Connor in the Northern District of Texas sided with GOP state officials in December by declaring Obamacare unconstitutional. O’Connor, a Bush appointee, wrote in his decision that he believed Congress would not have enacted Obamacare without the mandate and that the specific regulatory framework it created was intended to work in tandem.

California and other Democrat-led states appealed the case to the 5th Circuit. Their argument is that Congress never intended to undo other parts of Obamacare when it zeroed out the individual mandate.

On June 26, the 5th Circuit judges asked those involved in the lawsuit to further explain whether Democratic states and the House, which joined to defend Obamacare, could provide more documentation to show why they had standing in the case. That request led to concerns by Obamacare supporters that the judges might toss the appeal on procedural grounds, which would allow O’Connor’s ruling to stand.

The Trump administration urged the court Wednesday not to dismiss the appeal, saying it had standing in the matter because it was enforcing Obamacare.

Obamacare has remained law while it’s being litigated. Should it be struck down, it would have ripple effects throughout the healthcare system, including undoing the Medicaid expansion for 17 million poor people, gutting rules requiring insurers to cover people with preexisting illnesses, evaporating reductions in what seniors pay for drugs, and throwing out a rule that lets children stay on their parents’ healthcare plans until age 26.

The Trump administration has changed its position since the start of the court challenge. When Obamacare headed before O’Connor, the administration sided with GOP officials but asked specifically that the rules on preexisting illnesses be struck down. These rules prohibit health insurance companies from turning away sick customers or from charging them more.

While the Trump administration now supports O’Connor’s ruling that the whole law should be declared unconstitutional, in its brief from Wednesday it argued some parts of the law may be able to remain in place, such as anti-fraud statutes.

The case could eventually land before the Supreme Court, which may only choose to take it up if the 5th Circuit upholds O’Connor’s ruling. The Supreme Court twice ruled to uphold Obamacare, in 2012 and 2015, but that was under a different judicial makeup. Since those rulings, conservative justices and Trump appointees Neil Gorsuch and Brett Kavanaugh have been confirmed by the GOP-controlled Senate.