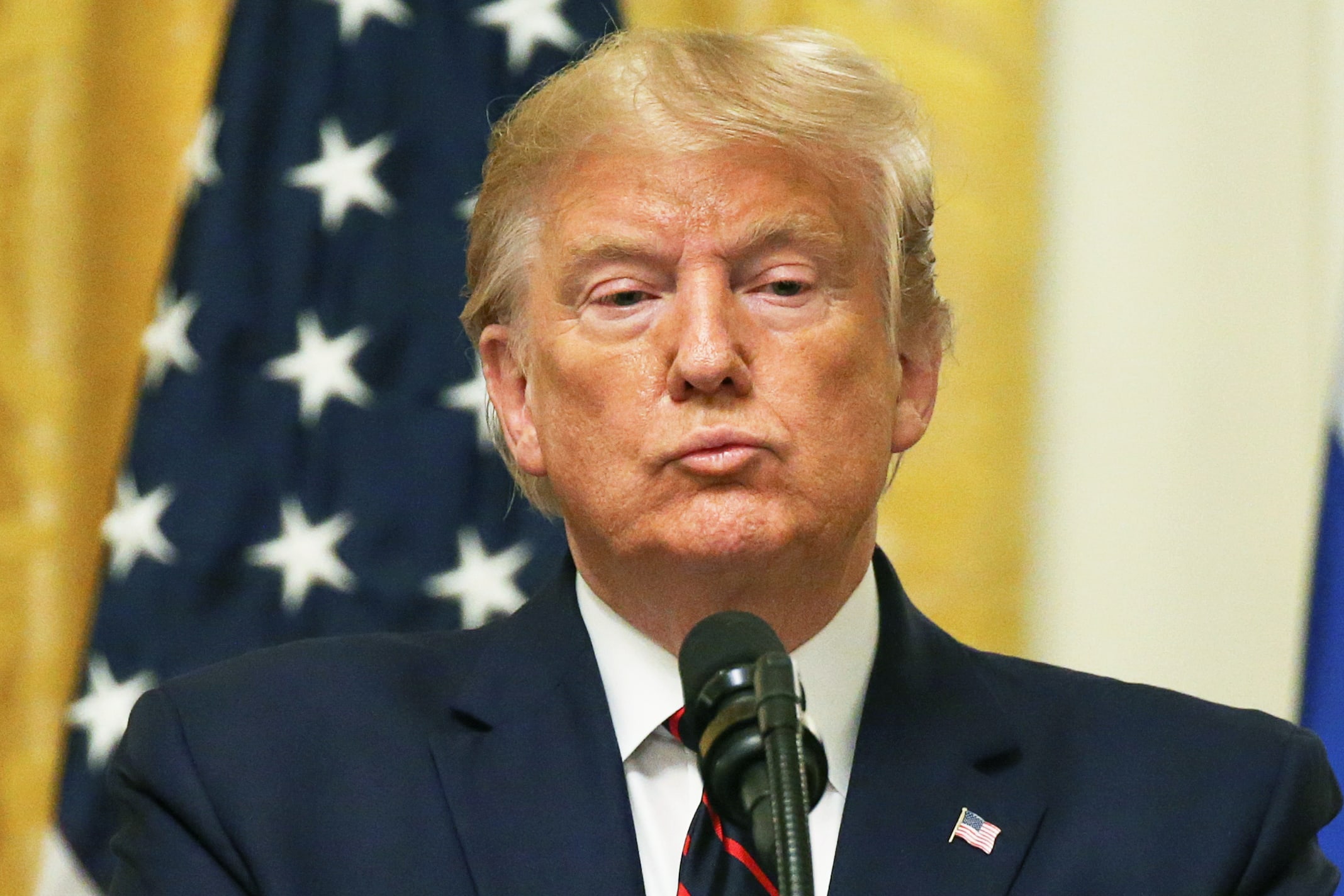 President Donald Trump listens to a question during a joint news conference with Finland’s President Sauli Niinisto in East Room of the White House in Washington, October 2, 2019.

The amounts represent the largest election spending in both groups’ history.

“The stakes of this election could not be higher,” SBA List spokesperson Mallory Quigley said in a statement. “Democratic contenders for president are lining up to support abortion on demand, and even infanticide, and declaring war on even the most modest pro-life policies. Meanwhile, President Trump has governed as the most pro-life president in our nation’s history.”

Multiple states in 2019 tightened the restrictions on abortion. Other states, like New York, Virginia and Maine, expanded abortion access. In January 2019, New York Gov. Andrew Cuomo signed the Reproductive Health Act, which allows persons to receive an abortion after the 24th week of pregnancy in cases where the health of the person is in danger on the line or if the baby would not survive the birth. Previously, the law only allowed an abortion after 24 weeks if the person giving birth would not survive.

Trump once identified as “very pro-choice,” saying in a 1999 “Meet the Press” interview, “I hate the concept of abortion. I hate everything it stands for. I cringe when I listen to people debating the subject. But I still believe in choice.”

But during his 2016 campaign, the president sought out anti-abortion voters, appearing at rallies and major fundraisers and vowing to defund global family planning efforts at the United Nations.

“From now until Election Day, our team will go door-to-door visiting traditional Democrat voter groups who may simply be unaware of the Democrats’ support for extreme pro-abortion policies,” Quigley said. “Our focused, battle-tested voter outreach method will ensure we reach the voters who can provide President Trump and pro-life Senate candidates the winning margin on Election Day.”

Planned Parenthood’s super PAC on Thursday unveiled a $ 45 million plan to support 2020 candidates in favor of abortion rights at the presidential, congressional and state levels.

Both efforts come after a volatile year regarding abortion.

Republican-led states last year, emboldened by the Supreme Court’s new conservative majority and Trump’s anti-abortion policies, passed 59 abortion restrictions. Also in 2019, a wave of state-led abortion bans defined the year in reproductive rights news. Each was temporarily blocked in court, but some states will appeal to higher courts.

Read more: The battle over abortion rights: Here’s what’s at stake in 2020

Experts project 2020 could be just as volatile.

The Supreme Court in March will take up its first major abortion-related case with Trump’s appointees Neil Gorsuch and Brett Kavanaugh on the bench.

The high court will review a 2014 Louisiana law that requires doctors who perform abortions to have admitting privileges at a hospital within 30 miles of the facility where the abortions are provided. Opponents said it would effectively leave one abortion provider for a state with about 4.6 million residents.

On Jan. 2, 207 lawmakers, including two Democrats, filed an amicus brief in the case, urging the Supreme Court to reconsider Roe v. Wade, the landmark 1973 decision that legalized abortion.