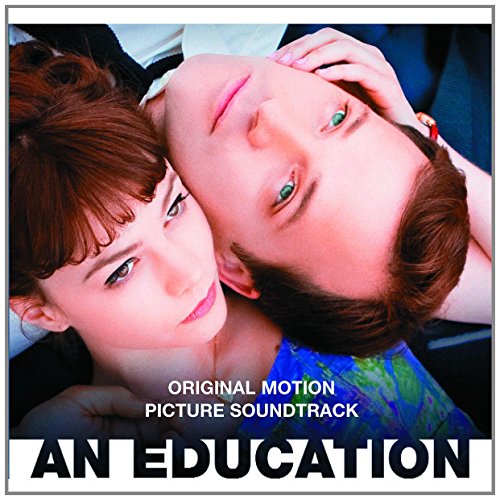 The Education score is by Paul Englishby. It features ‘Smoke Without Fire’ performed by Duffy ‘Your Heart Is As Black As Night’ performed by Melody Gardot and ‘J’ai Deux Amours’ performed by Madeleine Peyroux. The movie is set in 1960s London, Jenny (Carey Mulligan) is a bright 17 year old preparing to go to Oxford. After she meets a much older man (Peter Saarsgard) who smoothly romances her with flattery, stories and weekends in Paris, Jenny abandons her University plans, to the horror and consternation of her hard working father (Alfred Molina) and a teacher (Emma Thompson). Jenny must come of age and decide what is her real education. Soundtrack is by noted composer Paul Englishby (Miss Pettigrew Lives for A Day) and includes recognizable 60s pop songs performed by Ray Charles, Mel Torme, Juliette Greco and Percy Faith. Duffy will perform a new song written exclusively for this film. An Education is based on the novel by Nick Hornby (High Fidelity, About A Boy) and is directed by Lone Scherfig. An Education received critical acclaim this past year when it debuted at the Sundance Film Festival, as well as at the Berlin Film Festival. It opens in the U.S. on October 9 followed by releases in Europe and Australia.