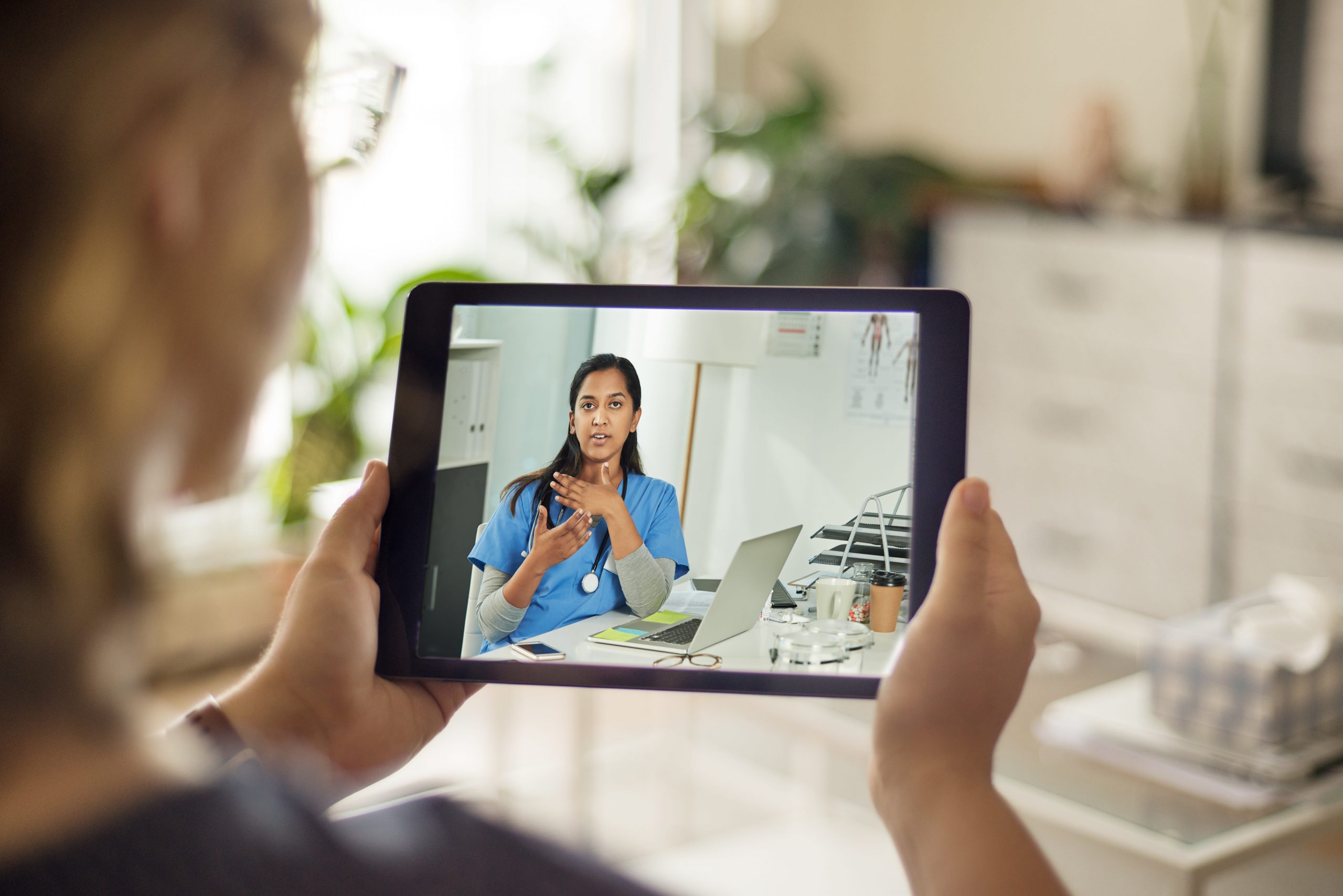 Patient talking to a doctor using a digital tablet

American Well, a company that offers virtual medical visits, just raised $ 194 million to help it keep up with skyrocketing demand.

American Well CEO Ido Schoenberg said the company decided to raise now because health care is rapidly moving online. Prior to the coronavirus outbreak, telemedicine was growing slowly because of the patchwork of complex state-by-state regulations. Since the spring, states have loosened many of these regulations to encourage medical providers to conduct their visits online, letting patients avoid unnecessary exposure to the virus.

“Currently the market is very kind to companies like us,” said Schoenberg. “We don’t know how long it will last, and it’s possible the window for any type of funding might not be available quite soon.”

American Well, which is also known as “Amwell,” has raised around $ 500 million to date, sells its technology to large employers and health systems. It is privately held and competes with Teladoc, which has also seen skyrocketing usage since the pandemic. The company got its start in 2006.

Schoenberg said that some of the new funding will help ensure that American Well’s technology is robust enough to handle the increased usage. The current level of demand could hold steady for months, particularly if there’s a second wave of the coronavirus in the fall.

“We want to make sure we can be there for clients and partners even if there is a storm coming — and now we have a much stronger balance sheet,” he said.

One of its investors, Takeda’s Bruce Meadows, said that American Well fits into its longer-term strategy and that the investment wasn’t a snap reaction to the crisis. “We started the relationship long before that, and we saw utilization ticking up very rapidly, so we were happy to help them serve more patients with additional funding,” he said. Another backer includes Allianz X, the investing firm of the German insurance giant Allianz group.

‘No one ever modeled this level of growth’

The pandemic has not been all easy for the company.

Schoenberg acknowledged the team had a “tricky March” from an IT and staffing perspective. At Cleveland Clinic, which uses American Well, providers were reporting delays and calls crashing. Schoenberg said the company has taken steps to alleviate these problems, and wait times are approximately three or four minutes.

“No one ever modeled this level of growth,” said Schoenberg. “We had to ramp up the technology and upgrade both our hardware and software — and in addition to that, we had to onboard an enormous amount of providers.” Schoenberg said there are now more than 50,000 medical providers in the company’s network.

The company said on average it has seen a 1,000% increase in visits due to Covid-19, and in some geographies, it’s more like 3,000% to 4,000%. The growth has been driven by both scheduled and on-demand visits, Schoenberg said. But scheduled visits are starting to outpace on-demand this month, he added, meaning that consumers might be starting to use telemedicine as an alternative to traditional family medicine.

One of its customers, Ochsner Health, said it completed more than 11,400 visits in a single week in March, which was up 91% compared with the prior week. In 2020 so far, it has completed more than 120,000 virtual visits, which is a major acceleration for the Louisiana-based hospital network.

Health-tech investor Michael Yang has seen telemedicine evolve dramatically in the past decade. It started off as mostly episodic urgent care, which was designed around keeping patients from billing insurers for unnecessary, and expensive, emergency room visits. Yang said companies such as American Well added new features over time, such as behavioral health and chronic disease management. Many telemedicine companies are now exploring specialties, such as dermatology.

“With the advent of camera phones, you can now take photos of your rashes, moles,” he said.

As telemedicine has expanded its scope, American Well has faced increased competition from upstarts such as Nurx, Hims and Roman, which are targeting their services to millennials. There are also start-ups focusing on women’s health and maternity, such as Tia and Maven. And there are players in the space, such as Livongo and Omada, which are catering to those with chronic conditions, like diabetes and heart disease.

Some health-tech experts caution that not every type of visit is well suited to telemedicine, and there are cases where patients need to get exams or testing in person. There are also language barriers, and many doctors aren’t a fan of the medium because it’s more challenging to relate to a patient online.

But Schoenberg is confident about American Well’s future, given that many consumers have been newly introduced to the service — and they seem to be liking it.

“The toothpaste is out of the tube, the genie is out of the bottle, however you want to say it,” he said. “I think we have arrived at a true inflection point.”