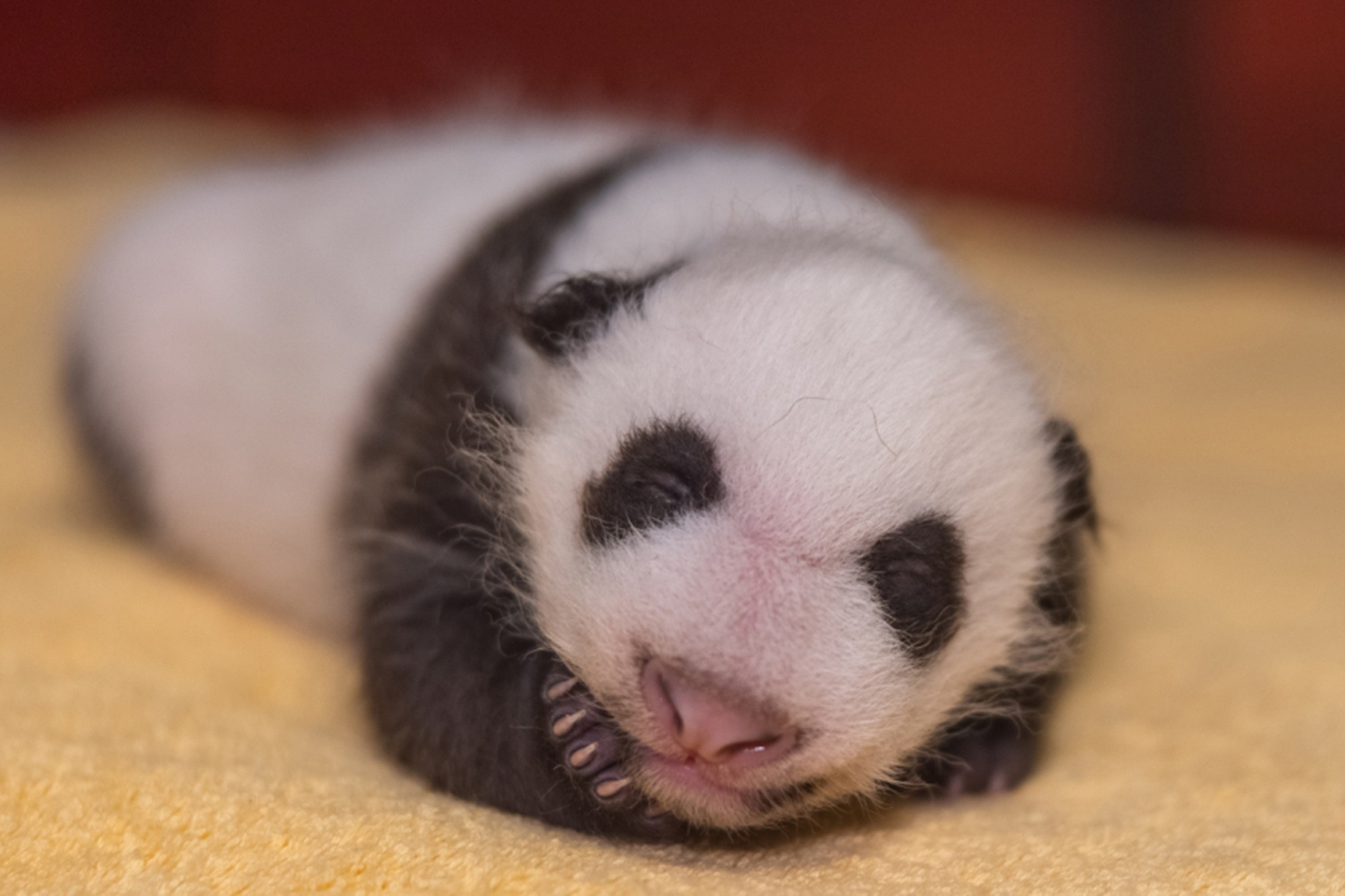 This baby bear is a square.

Washington, DC’s Smithsonian National Zoo welcomed a new panda cub on Aug. 21, and in its single month on Earth, the newborn has gained weight in such a way that its girth now almost perfectly matches its height.

The zoo’s assistant curator of giant pandas, Laurie Thompson, made the assessment in the zoo’s Giant Panda Bulletin on Friday, following the fluffy babe’s second veterinary exam. The checkup was done surreptitiously when the infant’s mom was distracted.

“When Mei Xiang left her den to grab a bite to eat this morning, we had another opportunity to conduct a brief exam on our 1-month-old giant panda cub. The newborn was quite sleepy when we retrieved it from the den and napped through much of the excitement,” Thompson wrote in the Friday update, headlined “#PandaStory: The Cub’s Growing Girth.”

Vets found that the cub weighed just under 3 pounds and measured 13.9 inches from nose to tail tip and 12.5 inches in circumference, leading Thompson to make the point that, “Our plump panda cub is almost as round as it is long!”

The pudgy bundle of fluff achieved this geometric state solely through drinking its mother’s milk, which it will continue exclusively subsisting on until it turns about a year old.

The chonky bundle’s height and width is only slightly more adorable than the results of its first veterinary exam, in which the zoo’s veterinary team listened to the cub’s heart and lungs, palpated its stomach, tested its suckle reflex and moved its little limbs to assess its musculoskeletal development, concluding that “All signs point to a healthy and strong cub!”

Next up on the tot’s medical agenda is to find out its gender.

“Our Center for Conservation Genomics is analyzing the cub’s DNA, and we should know definitively in a week or two whether it is a male or female. Stay tuned for that exciting development!” Thompson concluded the post.