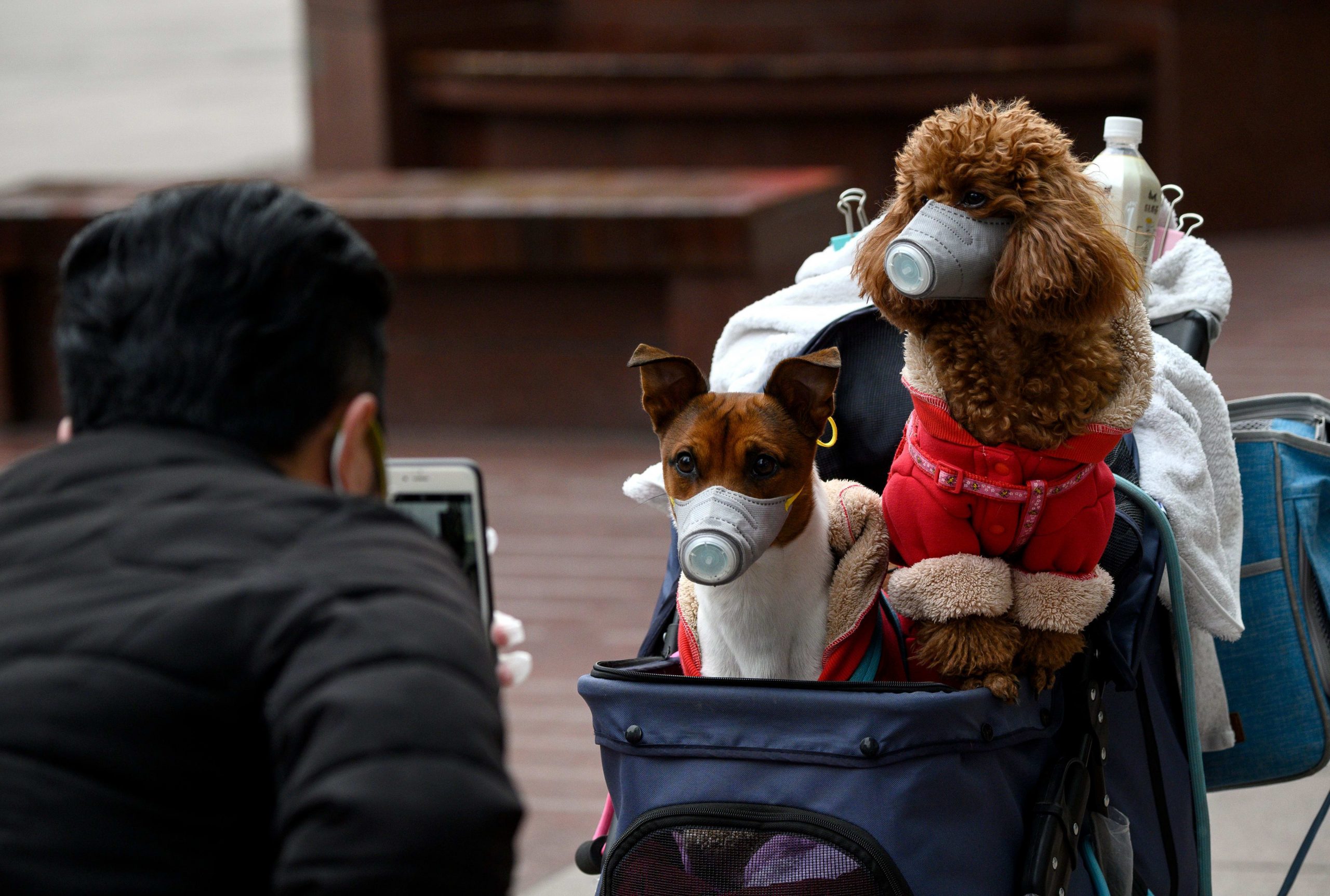 Dogs wearing masks in a stroller in Shanghai on February 19, 2020.

A dog in Hong Kong has tested positive for the COVID-19 virus that’s killed at least 2,859 humans across the world over the last two months, World Health Organization officials said Friday.

Hong Kong scientists aren’t sure if the dog is actually infected or if it picked up the virus from a contaminated surface, she said, adding that it is working with local authorities and scientists who tested the animal.

“We’re working with them to understand the results, to understand what further testing they are doing and to understand how they are going to care for these animals,” Kerkhove said during a press conference at WHO’s headquarters in Geneva.

The dog reportedly belongs to a 60-year-old woman who first developed symptoms on Feb. 12 and later tested positive, according to The Wall Street Journal.

As a precaution, the Hong Kong government declared cats, dogs and other domesticated mammals whose owners test positive and are quarantined for COVID-19 would be collected and delivered to a “designated animal keeping” facility for quarantine and veterinary surveillance. Hong Kong’s Agriculture, Fisheries and Conservation Department said the dog doesn’t have any symptoms. Swabs of its nasal and oral cavities revealed tested “weak positive,” it said in a statement Friday.

The dog is currently under quarantine at a facility at a port in Hong Kong and will be returned to the owner once it tests negative for the virus, according to the agency.

Although the virus seems to have emerged from an animal — scientists have said a bat — there is currently no evidence that suggests pets like dogs or cats can be infected with the coronavirus, the department said. However, the situation is still evolving, scientists say.

On Thursday, the U.S. Food and Drug Administration said in a statement that it identified six animal drug firms that source ingredients or make finished drug products in China that have indicated they’re seeing disruptions in the supply chain that could soon lead to shortages.

The Centers for Disease Control and Prevention suggests pet owners restrict contact with pets and other animals if you’re infected with COVID-19 just as you would other people. That includes “petting, snuggling, being kissed or licked, and sharing food.”