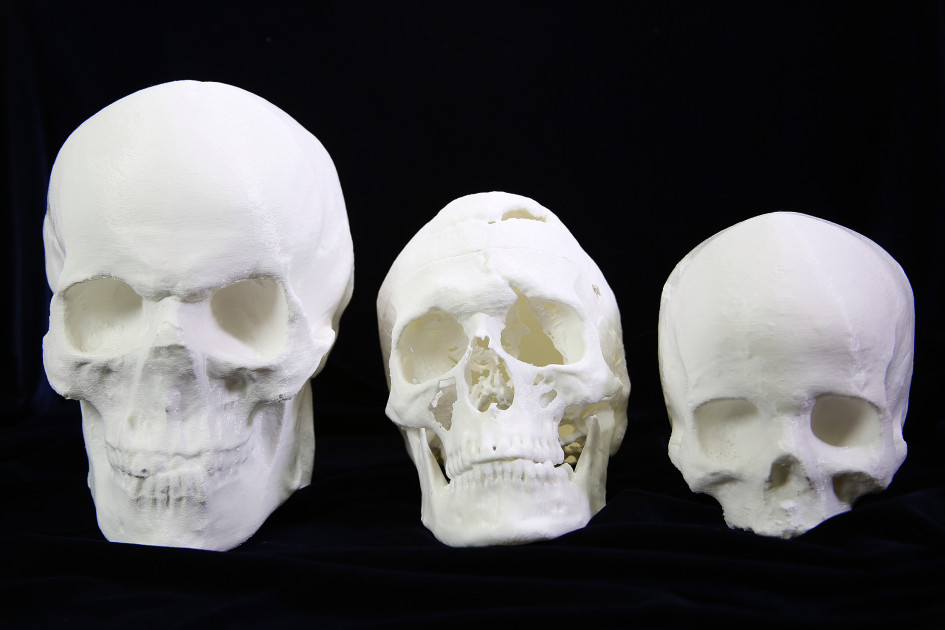 Harvard Medical School (HMS) students used to be able to check out a set of human bones the way library users today would borrow a book. The so-called Bone Box program ran from the late 19th through the mid-20th century, and was intended to help students study anatomy at home.

Now, staff members at the Medical School’s Countway Library are reviving the initiative with a 21st-century twist. They’re planning to assemble new boxes of replica human bones and skulls rendered through 3D printing in a program they’re calling Beyond the Bone Box.

Dominic Hall, a curator for the Warren Anatomical Museum at Countway Library, and Anne Harrington, the Franklin L. Ford Professor of the History of Science at HMS, are spearheading the project. The pair have developed a plan that they believe resolves the concerns that scuttled the original.

“This is a program that was extremely valuable in its first iteration, and now could be made even more useful,” said Harvard Library Associate Director Claire Demarco, whose Office of Digital Strategies and Innovation awarded the project an S.T. Lee Innovation Grant in 2018. The Lee initiative is intended to spur creative endeavors that promote library holdings.

Hall and Harrington used the grant funds to buy a 3D printer, which has enabled much broader use of the collections at Countway Library. The library houses an anatomical museum, which is expected to preserve rare anatomical specimens in perpetuity, but as part of the library system, it also has an educational mission. Creating 3D models of rare specimens allows the museum to safeguard the originals while still allowing Countway’s special collections to be used as teaching tools.

The Bone Box program’s history is storied. Begun in 1881 by Medical School Professor Oliver Wendell Holmes Sr., father of the namesake Supreme Court justice, the initiative gave decades of doctors in training the valuable opportunity to study human skeletons outside the classroom. The program was eventually shuttered owing in large part to ethical issues around circulating real human remains.